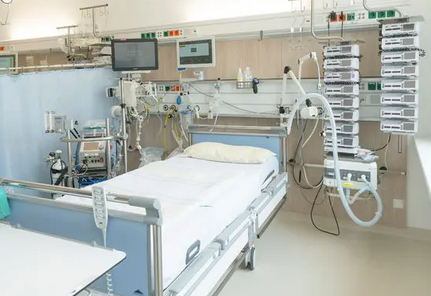 US Shortage of Ventilators and Protective Gear for Healthcare Workers

The US has no shortage of missiles, bombs, bullets, or chemical, biological, radiological, and other banned weapons to use against targeted adversaries at home and abroad.

That's not the case when it comes to providing vital healthcare for its citizens, including ventilators and protective gear for healthcare providers on the front lines of treating growing numbers of COVID-19 patients.

The disease attacks the lungs, ventilators needed to save lives by helping people unable to breathe do it for them by delivering air into their windpipes to the lungs.

A growing shortage isn't likely to ease any time soon. If COVID-19 outbreaks continue increasing, a ventilator shortage will force doctors to decide who lives or dies.

Reportedly, there are about 170,000 ventilators in the US. It's unknown how many may be needed. The American Hospital Association estimates nearly a million. At this stage, its pure guesswork.

By invoking the 1950 Defense Production Act, the president can require businesses to produce what's needed for national defense.

Hoarding or price-gouging of designed goods and materials can be prohibited.

Ventilators can only be produced by companies technically competent to do it.

It's exploring "all options to support this increased need."

"GE has robust business continuity plans, and we are increasing our manufacturing capacity and output of equipment that is important in the diagnosis and treatment of COVID-19 patients, all while ensuring safe operations."

Government funding could expedite the process, what governance serving the public welfare is all about.

Because ventilators are used to save lives, technological expertise to produce them and quality control are essential.

According to MIT Technology Review, "(m)edical device manufacturing is highly regulated, depends on proprietary global supply chains, and requires significant expertise to ramp up and run."

"It's absolutely critical, of course, that the machines function safely. (It's) over-optimistic" to believe auto or other non-medical equipment manufacturers can produce them quickly.

Even current ventilator producers face constraints on ramping up production — including "size of (their) manufacturing plants and the availability of critical components, many of which (are produced) in China."

Increasing production capacity requires significant capital expenditures with no idea how many ventilators may be needed over what time period.

According to Boston University's College of Engineering dean Kenneth Lutchen:

"Who will pay for all the extra ventilators even if (producers)  ramp up?"

"Presumably at some point this crisis will play itself out, and the hospitals will have far more ventilators than they need until the next crisis."

"There needs to be an incentivized business model to hit the go button for ramping up manufacturing, and government likely needs to figure out how to successfully engage."

Ventilator producer Ventec Life Systems' CEO Chris Kiple said his firm can increase production up to five-fold if have contracts for numbers to produce.

When leadership in Washington is sorely needed, it's absent in the White House and Congress.

Critical shortages of ventilators protective gear, sanitizers, and other supplies needed to deal with potentially large numbers of COVID-19 patients in parts of the US or nationwide haven't been addressed by America's ruling class.

As of Monday, there are 381,000 COVID-19 cases worldwide, around 46,000 in the US, manageable numbers to handle in developed countries.

That's not the case if numbers spike exponentially higher. Doctors, nurses, and other medical staff are healthcare providers, not magicians.

They're also not involved in making political decisions, and they're aren't enough ventilators in the US and other countries if numbers of infected people increase dramatically higher.

Washington is responsible for dealing with public heath. So are states and local governments to a lesser extent.

That's the disturbing state of today's America. Simmering below the surface in normal times, it can become a national crisis like now.

According to the Los Angeles Times, Los Angeles County's Department of Public Health instructed medical professionals only to test patients for COVID-19 "if a positive result could change how they would be treated," adding:

"(G)uidance sent…to doctors (last week) was prompted by a crush of patients and shortage of tests, and could make it difficult to ever know precisely how many people in LA County contracted the virus."

Besides a shortage of tests, there aren't enough public health staff in the US to track sources of new infections nor enough hospital capacity and ventilators to deal with epidemic levels of patients if things get this bad.

Will other cities and counties in America operate like Los Angeles?

In the weeks and months ahead, with the true number of COVID-19 cases in the US be much higher but unknown?

Some people are asymptomatic so as carriers can unwittingly affect others.

Healthcare, a fundamental human right, is a national issue.

Not in America where warmaking and corporate handouts take precedence, ordinary people increasingly left on their own — even when national leadership is needed at times like now.

Only One Way Out of the Coronavirus Crisis

Never Has So Little Done So Much Harm to So Many