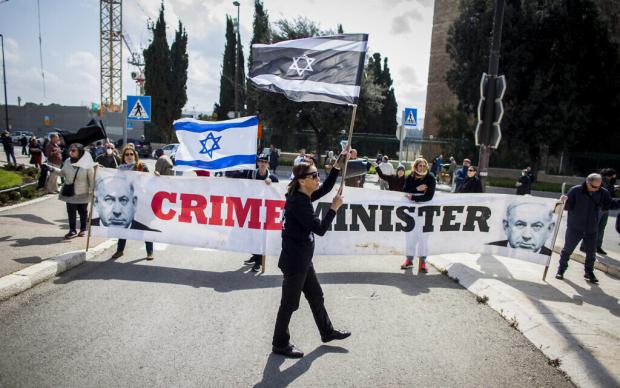 On Thursday, the Netanyahu regime ordered a nationwide shelter-at-home policy — except for essential services, shopping for food and medicines, aiding an elderly or sick person, outdoor exercise, attending religious services, and other limited activities.

"Under these orders, you, Israel's citizens, are required to stay at home. It is no longer a request."

"It is not a recommendation. It is an obligatory directive that will be enforced by enforcement authorities."

At the time, there were 677 confirmed COVID-19 cases. Through Sunday morning, there were 945.

Late last week, around 2,000 daily tests were conducted. It's unclear if this number was ramped up, only one fatality reported so far, an 88-year-old man.

Dozens of Israeli medical professionals contracted the virus, over 3,000 quarantined over possible exposure.

Doctors, nurses, and other medical staff criticized the Netanyahu regime for failing to provide them with enough protective clothing.

After three Israeli elections since April 2019, no ruling coalition was formed so far, Netanyahu retaining power as acting prime minister until the issue is resolved.

According to Haaretz on Sunday, he took an unprecedented step on national television.

Desperate for unity governance to retain power and stay out of prison, he laid out a specific proposal that involves power-sharing with Benny Gantz.

Key for him is remaining prime minister. He proposed it for the next 18 months, followed by Gantz.

Time and again since the 1990s, Netanyahu proved he can never be trusted.

If Gantz agrees to the proposal, would Netanyahu step down late next year as prime minister — or would he find a way to retain power by Machiavellian actions he's notorious for implementing?

Citing unnamed senior politicians, Haaretz suggested another possible trick up his sleeve — "to become a presidential candidate after (incumbent) Reuven Rivlin steps down in June 2021," adding:

"The president's residence is the only city of refuge that could grant Netanyahu complete immunity from prosecution for seven years."

If able to cobble together a ruling majority, that's coming — along with succeeding Netanyahu as prime minister.

Is it possible after many months of failure? Gantz aims to get Yisrael Beiteinu leader Avigdor Lieberman on board for a ruling majority with other coalition partners.

Haaretz: Gantz "want(s) to be sure that the political career of defendant Netanyahu is blocked off completely" — only then talk about national unity.

"Edelstein must immediately permit the selection of a new Knesset speaker and the convening of the Knesset committees in accordance with the partisan composition of the legislature, which reflects the fact that the opposition has a majority," said Haaretz editors, adding:

"If not, the Supreme Court must intervene. Israel can no longer agree to the shameful evasive tactics of Edelstein and Benjamin Netanyahu, his puppet master."

Separately, 16 IDF soldiers were diagnosed with COVID-19, likely others to follow.

According to the Bank of Israel, unemployment soared to 16.5%, half a million people laid off this month — likely more to follow.