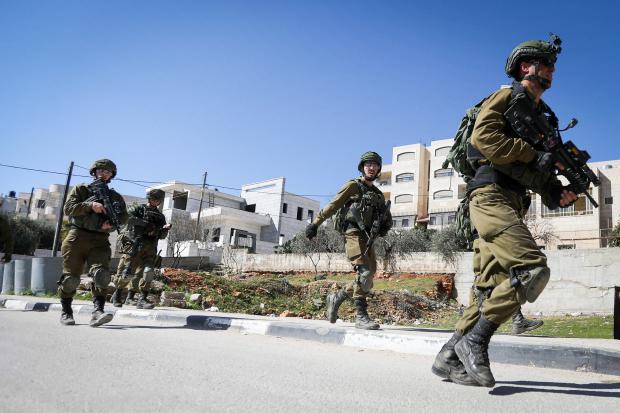 Like the US, autocracy, hypocrisy, and plutocracy define how Israel is governed — a Ziofascist police state, masqueading as democratic, a notion it abhors and doesn't tolerate.

Following Trump's illegal recognition of Jerusalem as Israel's exclusive capital, thousands of Palestinians have been arrested, detained, and terrorized, others lethally shot or seriously wounded by live fire.

The Association for Civil Rights in Israel (ACRI) denounced what it called "over-policing" in East Jerusalem and throughout the Territories, saying:

It systematically targets defenseless Palestinians, "most of whom have never thrown a stone in their life, along with waves of detentions, intimidation, and the firing of sponge-tipped bullets, gas, and stun grenades," along with live fire.

"This policy serves only to exacerbate the confrontations and to foment…disturbances, while using means intended to punish, humiliate, and oppress an entire population that is mostly innocent of any crime."

Big Brother mass surveillance will be conducted digitally, with GPS data, by tracking financial transactions, and through human intelligence.

Netanyahu falsely claimed "there is no (other) choice." Attorney general Mendelblit approved what he should have denounced, saying:

What's going on is more about tracking dissent and eliminating it, unrelated to COVID-19, using the outbreak as a pretext for escalated toughness.

"Monitoring citizens with the help of information databases and advanced technology is a harsh blow to privacy and basic liberty."

"Therefore, this is forbidden in democratic countries" — Israel, of course, not one from inception.

"A state of emergency doesn't mean it's acceptable to turn the state of Israel into a police state. Infringing upon rights is easy. Returning the situation to what it was before is much harder."

In a population of over 9 million people, only 304 were diagnosed with COVID-19 through Monday — clearly no cause for mass hysteria and imposition of harsh practices unrelated to treating and containing the disease.

Like other affected countries, Israel called for social distancing, self-quarantines if necessary, and other public safety precautions.

Netanyahu falsely claimed mass surveillance is only for the next 30 days.

Once instituted, it's here to stay, the way Big Brother operates in the US and other Western countries.

Over the weekend, he admitted that what his regime approved "involve(s) violating the (right of) privacy…"

"…Netanyahu decided to bypass the Knesset and pass the regulations notwithstanding, in the dead of night, using emergency regulations — which are fundamentally undemocratic," Haaretz editors stressed, adding:

"This a worrisome step, which raises concerns of grave harm to individual rights."

"In emergency situations, governments have an even greater responsibility than usual not to violate the checks and balances that are the foundation" of governance by the rule of law.

Separately, the Adalah Legal Center for Arab Minority Rights in Israel denounced the Netanyahu regime for "failing to provide essential real-time coronavirus updates and public health information in Arabic for Palestinian citizens of Israel who make up roughly a fifth of the country's total population."

Information updates are only in Hebrew, Arabic-language information issued "only after significant delays" when they're outdated.

This practice endangers the health and welfare of 20% of Israel's population and millions of Occupied Palestinians.

"The Israeli government has been discriminating against Palestinian citizens for years, failing to provide essential information and services in Arabic."

"There is now an urgent public interest in regular, real-time updates – accessible in all languages – relating to coronavirus."

"Inequality in access to information can harm all citizens."

"The coronavirus does not discriminate according to the ethnic identity of its victims, and the Israeli Health Ministry must therefore provide equal services for all citizens" — including widespread testing and treatment for everyone needing it.