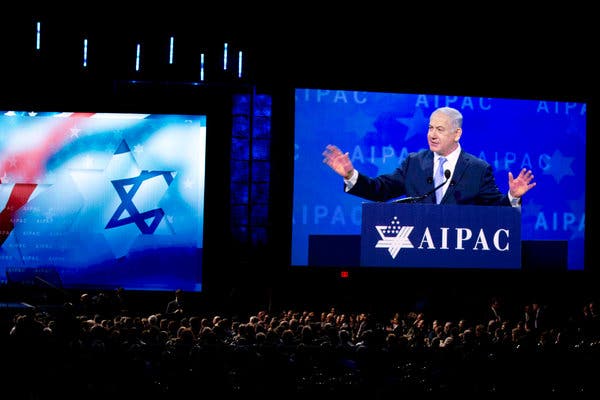 Calling itself America's Pro-Israel Lobby, AIPAC has represented the Jewish state as an unregistered foreign lobby since its 1953 founding.

On March 1 - 3, AIPAC will hold its annual conference at the Walter E. Washington Convention Center in the nation's capital.

Multi-billionaire/undemocratic Dem presidential aspirant/Zionist ideologue Michael Bloomberg announced his intention to speak at the conference — ignoring calls by progressive groups to stay away.

IfNotNow is a US Jewish community group opposed to Israel's occupation of historic Palestine and persecution of its people.

He's "attending the AIPAC Conference to join his fellow Republicans who are out-of-touch with where the vast majority of American Jews are when it comes to Israel and Palestinian human rights."

"Bloomberg is a racist billionaire trying to buy the election. Proudly speaking at AIPAC is in line with (his) outrageous and shameful campaign strategy."

"No other (Dem) candidates should join him on that stage."

IfNotNow denounced Biden for working with AIPAC throughout his political career since 1970 - a half century of complicity with Israeli high crimes, adding:

"Together (with AIPAC, he and the lobby) built a shameful legacy of shielding Israeli (regimes) from consequences and doing nothing to end Israel's brutal military occupation that strips Palestinians and Israelis of their dignity and freedom."

Progressive groups are pressuring him not to attend this year's AIPAC conference. Most likely he'll show up like many times before. Reportedly that's his intention.

"The Israeli people have the right to live in peace and security. So do the Palestinian people."

"I remain concerned about the platform AIPAC provides for leaders who express bigotry and oppose basic Palestinian rights. For that reason I will not attend their conference."

Nor will Elizabeth Warren. Asked at a town hall meeting by IfNotNow supporter Sarah O'Connor if she'd skip the event, she responded "yeah."

O'Conner said the following along with the question she asked:

"I'm an American Jew, and I'm terrified by the unholy alliance that AIPAC is forming with Islamapohobes and anti-Semites and white nationalists and no (Dem) should legitimize that kind of bigotry by attending their annual policy conference," adding:

"Israel's decades-long occupation has eroded the bipartisan consensus on Israel and AIPAC, in a last-ditch effort to maintain influence, now anchors an unholy alliance with anti-Semites, Islamophobes and white nationalists."

"This unholy alliance shields the Israeli government from any consequences for its actions and pushes for a blank check that has had disastrous effects for both Palestinians and Israelis. No (Dem) should give AIPAC political cover with their presence."

It's unclear if Tom Steyer intends to participate, Tulsi Gabbard highly likely to stay away. Following Tuesday's South Carolina debate, Biden said he's willing to go — like many times before.

In response to four Dem presidential aspirants declining to attend the AIPAC conference, IfNotNow was over-exuberant, calling their non-participation a "watershed moment."

With rare exceptions, earlier and current Republicans and Dems one-sidedly support Israel, ignoring its apartheid rule, backing its wars of aggression — supplying its war machine with billions of dollars and other material support annually.