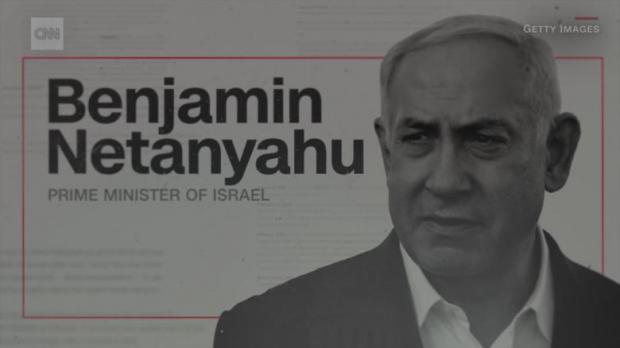 Netanyahu in the Dock Set for March 17

Netanyahu "damaged the image of the public service and public trust in it (by abusing his office, knowingly) taking a bribe as a public servant in exchange for actions related to (his) position."

He was caught red-handed on tape, negotiating a quid pro quo with Yedioth Ahronoth publisher Arnon Mozes for more favorable broadsheet coverage in return for legislation prohibiting distribution of the free daily Israel Hayom, YA's main competitor, owned by Netanyahu supporter Sheldon Adelson — what case 2000 is all about.

Mendelblit said he was duty-bound to indict Netanyahu. Calling it "an obligation" on him as attorney general, he added that no one "is above the law" — except on matters relating to Palestinians and neighboring states, of course.

If convicted, Netanyahu faces up to 10 years imprisonment for bribery, a maximum of three years for fraud and breach of trust.

Eight parties are projected to win Knesset seats, none with anywhere near enough to form a government alone.

Coalitions run Israel, how it's been throughout its history, a 61-seat majority needed to rule.

As of mid-February polls, Gantz's Blue and White party is projected to win 36 seats to 33 for Netanyahu's Likud.

Neither leading party was able to cobble together enough support following elections last year. It's unclear if momentum for one over the other will change in March — Netanyahu's trial to begin two weeks after elections.

He'll be tried in Jerusalem District Court before a three-judge panel — at stake is his political life and personal freedom.

Israel's Supreme Court may have final say on his case if he's convicted by the lower court and appeals.

In response to the announced trial date, Blue and White party leader Benny Gantz said "Netanyahu will lose his mandate and his trial will begin," adding:

He "will deal only with himself. He cannot take care of the citizens of Israel. Do you want a prime minister who goes on trial?"

After shunning public debates with Gantz and other political opponents since 1999 with Yitzhak Mordechai on national television when Ehud Barak defeated him, Netanyahu said "(l)et's do a few televised debates…without teleprompters."

In 2015, he appeared with main rival Isaac Herzog by video feed from home, not face-to-face.

In response to his request, a source representing Gantz said "(f)or 10 years, Bibi avoided all debates."

"Suddenly, he wakes up on the day that his court date is assigned. We don't have to cooperate with every lame trick of his. Why doesn't he go debate the prosecutor?"

Separately days earlier, Gantz said he's while he's "ready for any debate…the next big (one) Netanyahu will have is with the prosecution's witness(es) in his trial."

Accusing him and his wife of "an improper relationship" with individuals from whom they "received (special) favors," the AG called his actions a "serious and ongoing conflict of interest," adding:

He "took advantage of the bribe offered him…us(ing) his power as prime minister to receive personal favors, while fundamentally harming the integrity of the public service and trust."

His "conduct deeply and profoundly harm(ed) the rule of law, moral integrity and public trust."

His time in the dock next month will decide his fate.

On issues affecting Palestinians, Syria, Lebanon's Hezbollah, and US/Israeli relations, Gantz is no different from Netanyahu.

The former IDF commander is unaccountable for high crimes of war and against humanity throughout his military service from 1977 – 2015.

His only redeeming feature is he's not the current prime minister, the lesser of two deplorable figures, neither worthy of high or other public office.