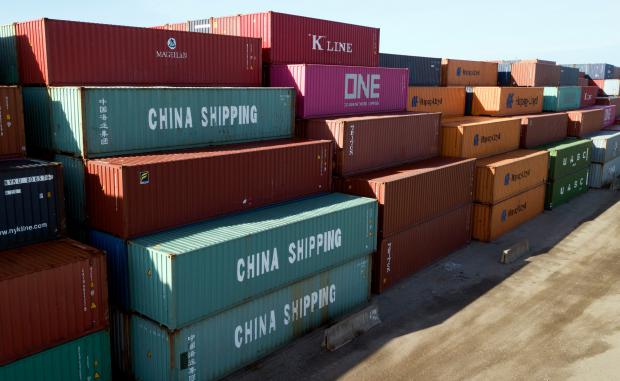 US Undeclared War on China by Other Means

Both right wings of the US one-party state seek control over other nations, their resources and populations — what the scourge of imperialism is all about.

Nations topping the US target list for regime change include Iran for its huge hydrocarbon resources and because it's Israel's main regional rival.

Russia and China matter most because of their political, economic, and/or military power on the world stage.

Days earlier, Pompeo falsely accused China of "repression…unfair competition…predatory economic practices, (and) a more aggressive military posture" — all of the above defining how the US operates.

China, in contrast, seeks cooperative relations with other countries, at war with none — while the US wages war on humanity at home and abroad globally.

China's official People's Daily slammed Pompeo's remarks as "despicable lie(s)…disregard(ing) the history and reality of the ties between" both countries, adding:

He demeaned China as it's combatting a large-scale coronavirus outbreak that officially infected over 69,000 people, killed nearly 1,700, the country's economy greatly affected by what's going on.

At the Munich Security Conference on Saturday, Trump regime war secretary Esper repeated Pompeo's Big Lies, adding a few of his own.

He falsely accused China of "intimidat(ing) its neighbors" — how the US operates, not Beijing.

He lied saying China is 'heading faster and further in the wrong direction, (is) heavy-handed," and is challenging what he called the "international rules-based order" — code language for demanding China and other nations subordinate their sovereign rights to US interests.

Like other Trump regime officials, he falsely claimed Chinese telecom giant Huawei uses its technology to spy for Beijing on the US and its allies — a longstanding CIA/NSA speciality, including phone conversations and emails of their leaders.

No evidence suggests Huawei poses a security risk to other countries. The false accusation is all about wanting US tech companies to have a competitive advantage over Huawei. More on the company below.

China's Foreign Minister Wang Yi slammed their remarks as "lies," adding Beijing is committed to upholding multilateralism and pursuing world peace, notions the US and its imperial partners reject.

"We must transcend the East/West distinction. China will not copy the Western model," Wang stressed, a key reason why US officials denigrate its system.

Wang accused them of repeating the same Big Lies wherever they go.

According to the Wall Street Journal on Friday, the Pentagon supports the Trump regime's policy "to make it harder for US chip makers and other companies to supply China's Huawei Technologies Co. from their overseas facilities," falsely claiming Huawei's products pose a security threat.

Along with wanting the company's chief financial officer prosecuted on multiple fabricated charges, Trump regime prosecutors falsely accused Huawei of stealing intellectual property from six US firms, racketeering, obstruction of justice, and money laundering — under the 1970 RICO statute intended to combat organized crime in the US.

The company is also charged with doing business with North Korea, its legal right if so, and helping Iran perform domestic surveillance.

Huawei in turn accused the Trump regime of intimidating its employees and cyberattacking the company.

Charges against Huawei and Meng are politicized. The company is leading the race to roll out next generation cutting-edge 5G technology of mobile Internet use, ahead of US and European competitors. At stake are trillions of dollars of economic value, why it's targeted by Washington.

Huawei issued a statement earlier, debunking false US charges, saying it "denies that (the parent company) or any of its subsidiaries or affiliates have committed any of the asserted violations of US law set forth in each of the indictments, is not aware of any wrongdoing by Meng, and believes the US courts will ultimately reach the same conclusion."

On Friday, China's Global Times said the "US (is) desperate to contain Huawei," adding:

"This time, the choreographed accusation is 'racketeering conspiracy and conspiracy to steal trade secrets, using fraud and deception to misappropriate sophisticated technology from the US,' and violating 'the Racketeer Influenced and Corrupt Organizations (RICO) Act.' "

"The charges also 'reveal Huawei's business in North Korea and assistance to the government of Iran in performing domestic surveillance.' "

Phony charges mean other "US measures to (contain) Huawei…failed."

Nor will the current US strategy. Its "unethical and unjustified economic bullying, if exploited, will move human civilization backward."

China will deal with US bullying its own way. Its ruling authorities will do what they feel necessary to protect the nation's interests.