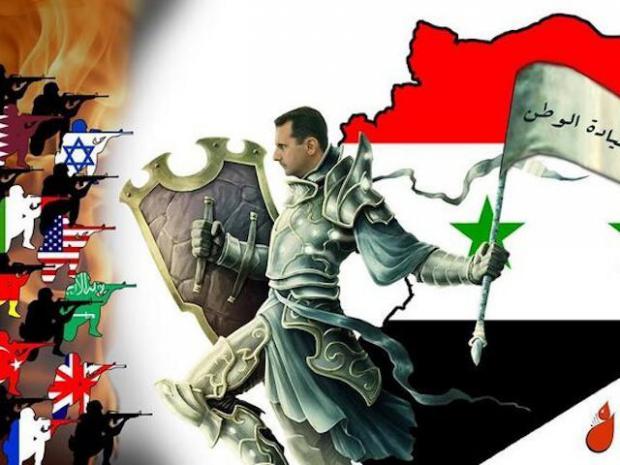 US aggression in Syria was planned long before launched in March 2011.

Extensive planning precedes all wars. Months of planning occurred ahead of Bush/Cheney Afghanistan aggression, 9/11 the phony pretext to launch it.

All wars are based on Big Lies and deception. Truth-telling would destroy reasons for waging them.

Nearly nine years after Obama launched war in Syria, it still rages, mainly in the country's northwest near Turkey's border.

Its objective is replacing its sovereign independence with pro-Western puppet rule, eliminating an Israeli rival, isolating Iran regionally, and more greatly securing US control over this oil-rich part of the world.

Russia's 2015 intervention in Syria changed things dramatically on the ground, reversing gains made by US-supported terrorists, enabling government forces to liberate most of the country.

With the US and Turkey illegally occupying Syrian territory, along with thousands of heavily armed jihadists they support infesting Idlib province, the struggle for Syria's liberation has a long way to go.

Restoration of peace and stability to the war-torn country has been unattainable so far because both right wings of the US war party want endless war continued.

All US wars launched post-9/11 continue with no prospect of restoring sustained peace and stability to nations preemptively attacked.

Instead of denouncing aggression by the US and its imperial partners, establishment media support it, sharing guilt by acting as press agents for high crimes of war and against humanity — misportrayed as humanitarian intervention and democracy building.

The NYT is militantly hostile to Syria's liberating struggle. Like other establishment media, it falsely blames Syrian and Russian forces for high crimes committed by US terror-bombing and jihadists it supports.

On Friday, the Times presented visual images (likely provided by he Pentagon and/or CIA) of what hundreds of thousands fleeing Syrian conflict areas looks like.

It falsely blamed Syrian and Russian airstrikes for high crimes committed by cutthroat killer terrorists mislabeled "rebels," the same disinformation in all its Syria reports.

Saying "millions of Syrians found safety in other countries or in Idlib province, (a) refuge of last resort (sic)," adding "now there is nowhere left to go" is a bald-faced Big Lie.

Others in Idlib are held hostage as human shields by US/Turkish supported jihadists.

Most egregiously, the Times ignored US responsibility for raping and destroying the country, many others as well throughout the post-WW II period.

The Times: Russian and Syrian warplanes "hit hospitals, schools and bakeries…At least 1,700 civilians have been killed since the offensive began last spring."

The Idlib offensive began in December, not last spring.

Massacring civilians is a US/NATO/Israeli specialty, the same true for jihadists they support — polar opposite how Russian and government forces operate in Syria.

The Times: "The Syrian government and its allies have also hit people as they fled" — another bald-faced Big Lie.

The US, its imperial partners, and jihadists they support bear full responsibility for what's gone on, along with their scoundrel media press agents like the Times.

Th Times: "The aim of the strikes…was to clear people out" — another bald-faced Big Lie.

Syria and Russia are performing heroically to provide humanitarian aid to Syrians in need, along with aiding the displaced return to their home areas — what the Times and other major media ignore.

Instead they feature presstitution over truth and full disclosure — journalism the way it should be long ago abandoned by the Times and other major media.

Coronavirus Means America Is Really Broke. Trump Should Get the Hell Out of Syria.

Battle Over Idlib - Pompeo Versus Trump by Ron Paul

Migrant Crisis 2.0: Who's To Blame And What's To Be Done?

Pro-War NYT Blames Victims for US Crimes Against Them

The Brutal Tragedy of Idlib: Why the U.S. Should Stay out of Syria and Dump NATO

No End to Endless War in Syria