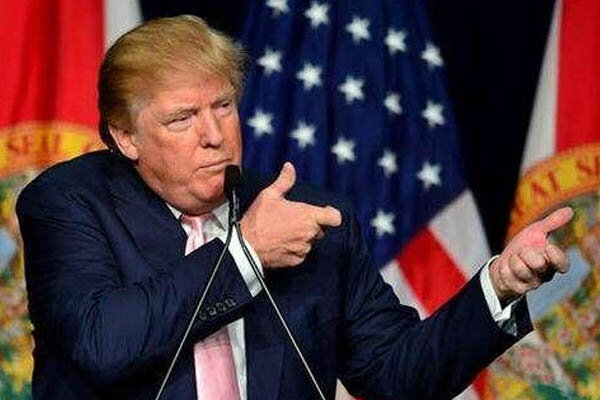 Geopolitical know-nothing Trump surrounded himself with pro-war neocon hardliners, Zionist ideologues, neoliberal extremists, and billionaires dismissive of the public welfare like himself.

He was manipulated into escalating wars of aggression he inherited, targeting other countries for regime change by different hardball tactics.

What he and regime officials call "maximum pressure" exerted on China, Russia, Iran, Venezuela, North Korea, Cuba, Nicaragua, and other nonbelligerent countries threatening no one, others call economic terrorism, a major breach of international law, intended to cause human misery in targeted countries.

According to Trump's envoy for regime change in Iran Brian Hook, "(t)he combination of maximum economic pressure and…deterrence…is going to do more to advance peace and stability in the region than a policy of accommodation with the" country (sic)."

The Wall Street Journal noted that other Trump regime officials favor "back-channel talks" with Tehran to avoid war with a nation able to hit back hard against the US and its regional allies if attacked.

Moderate voices in the White House, war and state departments "appear to be in the minority," the Journal added.

Without attribution, the Journal said regime officials "believe the Iranians don't have immediate plans to attack US forces or diplomats (sic)."

Throughout its near-41-year history, Iranian ruling authorities never planned, immediately or otherwise, to attack the US or any other countries — except in self-defense if attacked, its legal right under international law.

According to the Washington Post, when Trump regime postmortems are written, "one phrase will stand out as a hallmark of failure: "maximum pressure (because of) a hodgepodge of impulsive and contradictory actions," adding:

If a Trump doctrine exists, it's all about "tariffs" wars, "sanctions" wars, "other means of economic pressure to compel US adversaries — and, as often, allies — to accede to White House demands."

WaPo ignored endless US wars of aggression in multiple theaters, millions of casualties and vast destruction post-9/11, perhaps new ones on the Trump regime's agenda to launch.

Iran seeks peace, stability and mutual cooperation with other nations. It never attacked another nation, its geopolitical agenda polar opposite how the US, NATO and Israel operate.

US policy toward Iran and other sovereign independent countries it doesn't control aims for regime change — by brute force if other methods fail, both wings of the one-party state onboard for the same agenda.

The US has been hostile toward Iran for over 40 years, over 60 years toward Cuba, and throughout the post-WW II period toward Russia, China and North Korea.

Despite spending countless trillions of dollars to advance its imperium, it hasn't won a war or achieved peace anywhere since post-WW II relative quiet on the Western front before attacking North Korea preemptively in June 1950, beginning an era of endless wars with little or no resolution.

Instead of advancing its imperium and winning hearts and minds worldwide, it's shaken the faith of some allies, and made more enemies than friends, proving the US can never be trusted, advancing its own decline, a process ongoing for decades, accelerated post-9/11, Trump giving it an extra shove.

His economic terrorism on Iran, Venezuela, North Korea, and other countries failed.

The same goes for tariffs war on China, pressure on other countries, and hostility toward Russia and US allies when they don't bend to Washington's will.

Instead of cutting his losses and going another way, Trump stubbornly sticks with bad advice from hardliners opposed to world peace and stability.

The longer this failed strategy persists while other nations build mutual cooperation alliances, the more quickly imperial USA will end up in the dustbin of history — where it's heading, its arrival time alone unknown.

The US is its own worst enemy, its rage for dominance by brute force and other hostile means sowing the seeds of its decline.

The nation I grew up in long ago no longer exists. Never beautiful, it was world's apart from today's permanent US state of war on humanity at home and abroad.

Regime change begins at home, vital change critically needed, popular revolution the only solution, challenging off the rails authority disruptively — perhaps the only way for humanity to survive.

How The Obama Administration Set In Motion Democrats' Coup Against Trump