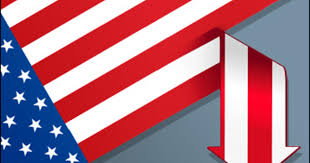 Serving US imperial interests, supporting endless wars, opposing peace, the Times is militantly hostile to all nations independent of US control.

Its reports read like deep state press releases, polar opposite what journalism is supposed to be, what it long ago abandoned, why it can never be trusted.

Commenting on what it called "wretched economic crisis" conditions in Iran, the self-styled newspaper of record ignored 40 years of US sanctions war on the country, greatly escalated by Trump regime economic terrorism — human misery its objective, the rule of law ignored, the Times omitting what's most important to explain.

Saying "Iranians are increasingly disgusted" failed to explain their anti-US rage for what's going on.

The Times: "The bleak economy appears to be tempering the willingness of Iran to escalate hostilities with the United States (sic), its leaders cognizant that war could profoundly worsen national fortunes (sic)."

Fact: Iran seeks regional peace and cooperative relations with other countries — polar opposite how the US, NATO and Israel operate, what the Times failed to explain.

Fact: The US is perpetually at war with invented enemies. The Islamic Republic never attacked another country, threatening none now except in self-defense if attacked.

Fact: What the Times and other establishment media suppress is what's most important for everyone to know.

Addressing weekend student protests in Iran over the Ukraine airliner's downing, the Times failed to explain US/UK dirty hands all over them.

It reported nothing about anti-UK protests, wanting its envoy to Iran expelled for involvement in inciting the students' protest.

The Times falsely blamed Iran for hostile US/UK actions against the country. It lied claiming its ruling authorities choose "confrontation (to) reinforc(e) their hold on power" — a US, NATO, Israeli specialty.

The Times: "Iran may threaten the passage of ships carrying oil through the Strait of Hormuz, the passageway for more than one-fifth of the world's" supply.

Fact: Iran has no intention of blocking the Strait or retaliating against a hostile nation except in self-defense if attacked, its legitimate right under international law.

The Times: The Trump regime's "abandonment of the (JCPOA) left (Iran) with only one" option — confrontation (sic)" — a bald-faced Big Lie.

Last week, a video "obtained" by the Times allegedly showed Ukraine Airlines Flight 752 struck in flight minutes after departure from Tehran International Airport, causing its crash, killing all passengers and crew members onboard.

The Trump regime bears full responsibility for what happened because of heightened regional tensions, waging war on Iran by other means turned hot by Soleimani's assassination.

Iran's military and air defenses are on high alert because of possible US aggression.

Was the incident a setup? Iranian expat Nariman Gharib, hostile to the government, provided the Times with the video, according to the broadsheet's report.

Who gave it to him? The tragic incident happened pre-dawn. Why was a videographer positioned near Tehran's airport to film what happened at around 6:00AM?

Did he or she have advance information? Was Iran tricked to believe the Ukraine aircraft was hostile? It appears so.

Its flight path headed it toward an Iranian military installation. The incident appears to be more than publicly reported.

Video footage showed little in the darkened sky. Was the incident pre-planned by anti-Iran elements, likely in Washington, notably by the CIA?

Was the Ukraine airliner earmarked to be downed or any commercial flight departing from Tehran's International Airport at a pre-determined time?

The incident happened around four hours after Iranian missiles struck US Iraq bases in retaliation for General Soleimani's assassination.

Was Iran electronically deceived to believe the Ukraine airliner posed a hostile threat following the strike on US bases?

The incident happened on January 8. The Times report headlined "Video Shows Ukrainian Plane Being Hit Over Iran" was published in its January 9 edition, likely written immediately after what happened.

Was the Times complicit with likely US dark forces responsible for staging the incident — ready to publish a pre-planned account of the airliner's downing?

Going to press straightaway with video footage suggests Iran was tricked into taking down the aircraft it would never have done under normal circumstances.