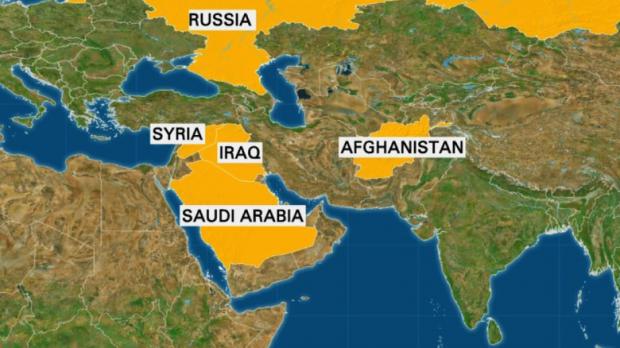 When the US wages wars on nonbelligerent states threatening no one, the NYT (and other establishment media) function as virtual Pentagon press agents — cheerleading the highest of high crimes, never condemning them.

Throughout years of US aggression in Syria, their reporting on what's gone on and continues daily is some of the most disgraceful in modern memory.

On geopolitical and related major issues, state-approved propaganda is published, reading like Pentagon press releases, vital truths suppressed — especially about what goes on in US war theaters.

US high crimes of war and against humanity, including use of chemical, biological, radiological and other banned weapons, along with Pentagon/CIA support for ISIS and likeminded jihadists, are suppressed.

The US rape and destruction of Mosul, Iraq (2016-17) and Raqqa, Syria (2017), massacring tens of thousands of civilians, were falssely reported as liberating both cities from ISIS — created and supported by the US and its imperial allies.

On Sunday, a Times fake news report falsely accused Russia of bombing a Syrian refugee camp in Idlib province — how US-led NATO operate, not a shred of credible evidence of Russian attacks on people they're involved in Syria to liberate.

"Throughout Russia's four-year air campaign in Syria, it has denied its air force's involvement in some of the bloodiest attacks on civilians. Our evidence reveals the truth (sic)."

"Like a month and a half ago, the ridiculous accusations by the (NYT) authors of the fake (news report) are based on a video of unknown origin with swindlers from the White Helmets against the backdrop of buildings of the 'refugee camp' " cited, adding:

"Pictures of the blue sky in which a Russian plane was supposed to be and fragments of Russian phrases, allegedly belonging to the Russian Aerospace Forces pilots" were invented, not real.

"As frustrating as it can be for the masterminds behind this fake (news), we have to say it once again: passing of coordinates to Russian bomber pilots and reports on task execution are not made by voice openly on air."

The Times left unexplained where their so-called "evidence" came from. Clearly the broadsheet has no access to Russian flight logs and cockpit tapes — the latter with nothing on them relating to what the Times falsely claimed.

Numerous times earlier, the self-styled newspaper of record and other establishment media falsely reported attacks on hospitals and other civilian targets by Russian and Syrian warplanes that never happened.

The latest fake news Times report was about an alleged Idlib incident, the broadsheet failing to explain that the province is infested with tens of thousands of US-supported al-Nusra jihadists and White Helmets linked to them.

Russia's Foreign Ministry said terrorists in Idlib conduct multiple daily attacks on Syrian soldiers and civilians — with weapons supplied by the US, other Western countries, Turkey, the Saudis and Israel.

Reality on the ground, and in all US war theaters, is systematically airbrushed from Times propaganda reports.

The same goes for virtually all establishment media, featuring disinformation, Big Lies, and fake news on issues mattering most.

Proponents of forever war in Syria can't answer one question: Why?

Blasting Lies Ahead of Induction into the Hall of Infamy