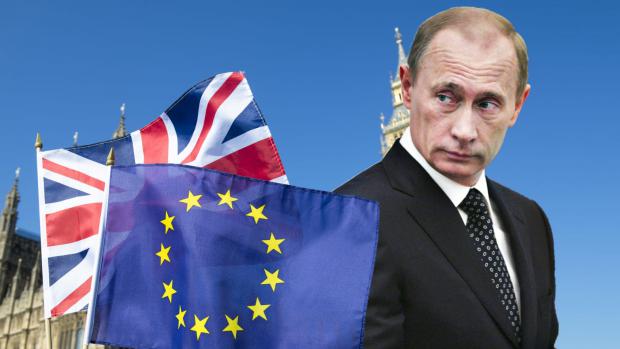 The long ago debunked Russia US election meddling Big Lie won't die in the US, UK or elsewhere in the West — despite no credible evidence proving clearly fabricated claims, what everyone paying attention understands.

"Russian interference (sic) may have had an impact on the Brexit referendum, but the effect was 'unquantifiable,' according to a parliamentary report suppressed by No 10" until after December 12 general elections, adding:

"The report by the cross-party intelligence and security committee (ISC) into (nonexistent) illicit Russian activities in Britain could not say if it had affected the result of the 2016 vote."

Delaying publication of the propaganda report with no merit may be part of a scheme to falsely accuse Russia of Brexit interference if UK December 12 elections turn out the wrong way — if Jeremy Corbyn-led Labor triumphs over Johnson-led hardline Tories.

Reportedly, it contains information about Russian donors to Johnson's campaign. He admitted taking money from Russian businessmen, adding no evidence suggests it influenced his policymaking.

"If it is correct that our security services have been unable to reach a conclusion about the extent or impact of Russian interference in the 2016 referendum, then it raises serious questions which require serious answers," adding:

"Boris Johnson therefore needs to clear up the confusion, spin and speculation around this ISC report by publishing it in full at the earliest opportunity. If not, people will rightly continue to ask: what is he trying to hide from the British public and why?"

Like other Western media, the London Times is a propaganda bullhorn for privileged interests at the expense of peace, equity, justice, and the rule of law — notions all establishment media abhor.

They all know there was no Russian US election meddling, no "Russian aggression" in Ukraine, no annexation of Crimea, no involvement in downing MH17, no connection to the Skripal poisoning.

All of the above are US, NATO, Israeli specialties, waging war on humanity at home and abroad, blaming others for their own high crimes.

Whatever the so-called cross-party intelligence and security committee (ISC) report contains on alleged Russian interference in the Brexit referendum is fake news.

It's part of longstanding Russia bashing because of its sovereign independence, opposition to US-led imperial wars, support for multi-world polarity, and efforts for world peace and stability, anathema notions in the West.

The London Times propaganda machine slammed truth-telling RT and Sputnik News — because information they report is increasingly followed and believed at the expense of never to be trusted establishment media.