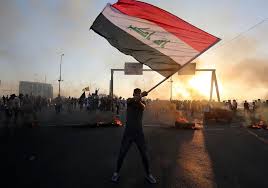 US Dirty Hands Behind Violent Protests in Iran?

All sovereign independent countries not subservient to US interests are on its target list for regime change — by preemptive wars, color revolutions, old-fashioned coups, targeted assassinations, economic terrorism, and/or other hostile actions.

Color revolutions are a US specialty. So-called spontaneous uprisings are well-planned in advance by the CIA, the undemocratic National Endowment for Democracy, and other US agencies.

A color revolution was first used to oust Serbia's Slobodan Milosevic in 2000. Opposition elements were recruited and trained by the US for what played out.

Toppling Milosevic was the prototype for similar actions to follow in numerous countries — succeeding in Georgia, twice in Ukraine, and against other other targeted governments, failing elsewhere, notably in Iran.

Violent street protests erupted after Mahmoud Ahmadinejad's 2009 reelection, CIA dirty hands all over them. The so-called "green revolution" failed, an effort to return Iran to US client state status.

Iranian authorities accused the US, UK, and Western media of fomenting unrest. Since the country's 1979 revolution, ending a generation of US-installed fascist tyranny, the Islamic Republic has been a prime US target for regime change.

January 2018 protests in Tehran and elsewhere in Iran followed a similar pattern. Carefully planned and staged, there was nothing spontaneous about them.

Armed insurgents were responsible for about 20 deaths, numerous injuries and disruptive violence, President Hassan Rouhani saying at the time:

Events were similar to late 2013, early 2014 Euromaidan violent protests in Kiev. The Obama regime's coup involved snipers, killing, and injuring hundreds of civilians and police, firing on them with automatic weapons from Kiev's Philharmonic Hall.

CIA color revolutions involve paramilitaries and/or other anti-government elements, including insurgents from other countries.

On November 15, the National Iranian Oil Products Distribution Company (NIOPDC) announced a gasoline price increase from 10,000 to 15,000 rials per liter (12.7 US cents).

"After 40 years of tyranny (sic), the proud people are not staying silent about their government abuses (sic). We will not stay silent either," adding:

"The dignified people of Iran are well aware that such hypocritical remarks contain no honest sympathy, and the (violent) actions of a group of anarchists and saboteurs who are supported by the likes of him are by no means in line with the conduct and behavior of the majority of the understanding and insightful Iranian people," adding:

Pompeo "is sympathizing with the people who are under pressure of the United States' economic terrorism. He had already explicitly said that the people of Iran must be kept hungry until they give in to 'our demands.' "

"A large part of protesters were merely present at the location of rallies and did not cooperate with rioters, and many of them have received warning messages on their cellphones from security organizations to avoid further participation in protests," adding:

Others engaging in violence were "completely trained…Out of 1,080 cities and counties across the country, small and large protest rallies were held in 100 locations nationwide with an estimated attendance rate of 50 to maximum 1,500 people."

These type disruptive actions are planned well in advance of erupting, awaiting or arranging a pretext to unleash them.

President Rouhani issued a statement, saying people have a right to protest peacefully, not violently, against higher petrol prices and rationing, adding:

His government acted "in accordance with the law," measures taken approved by "the three branches of government."

On Monday, Iran's parliament Speaker Ali Larijani accused US dirty hands of being behind street violence and vandalism, adding:

Ayatollah Khamenei issued a statement, saying: "In such incidents, hooligans, spiteful and evil people often enter the field and sometimes some youths, driven by emotion, accompany them and commit seditious acts. Such deeds do not fix anything other than adding insecurity to the problems."

On Sunday, Press TV reported that Iranian lawmakers intend taking actions to prevent the petrol price hike from fueling price increases in other products and services.

It "was first introduced in 2007 with the aim of reforming the subsidies system, reducing fuel consumption and curbing large scale fuel smuggling."

What's ongoing in Iran has all the earmarks of a CIA color revolution attempt to destabilize and weaken Iran.

For 40 years, Iranian authorities prevented the scourge of a US imperial takeover, supported by the vast majority of it 81 million people.