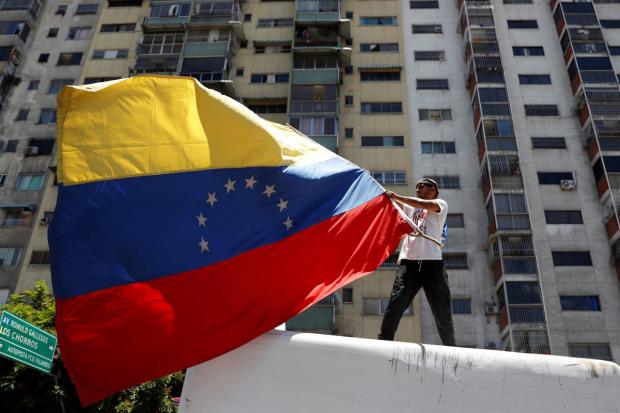 The State Department falsely blamed him for US high crimes against the nation and its people. Concealing the Trump regime's imperial agenda, it lied claiming the US seeks to "help ensure a democratic transition on Venezuela," a notion it tolerates nowhere, especially not at home.

He left unexplained why he hasn't been arrested, formally charged, prosecuted, and imprisoned for treason. He remains free to continue serving US imperial interests, flagrantly violating Venezuelan and international law.

As long as Trump regime hardliners want regime change, restoring normality to the country remains out of reach. That's the disturbing reality of things on the ground — progress toward positive change illusory, not real.

The US-controlled Organization of American States is conducting an audit of the October 20 election vote count.

Protests orchestrated out of the US embassy in La Paz continue, Morales supporters clashing with opposition thugs, deaths and injuries reported.

Russia was falsely accused of Bolivian electoral interference. Time and again the Big Lie resurfaces when candidates for high office the US opposes win.

MZ: "As each time previously, the accusations are not based on any facts whatsoever. They are groundless."

"This time, the news stories were first planted by the online Project Company, which is registered in one of the Baltic States and which uses funds from abroad to post sponsored materials specifically targeting Russia."

"This company is trying to position itself as a Russian media outlet. This is not true. We resolutely dismiss innuendoes like these."

"We consider this to be a provocation and an example of fake stories, which everyone is combatting. We believe if someone has specific information about violations of Bolivian law, these facts should be reviewed through existing bilateral mechanisms for legal assistance."

It's "based on equality, respect and non-interference in one another's domestic affairs, in keeping with the UN Charter and international law."

Hundreds of thousands of Lebanese have been involved in Beirut and elsewhere in the country.

Prime Minister Saed Hariri resigned. He and his ministers remain in office as acting officials until new ones replace them.

MZ: "What is alarming is that the internal political crisis that resulted in the resignation of the coalition government led by (Hariri) has aggravated the differences between the Lebanese political forces, which rely on various ethno-religious groups of the population."

Under the country's confessional system, the president must be a Maronite Christian, the prime minister a Sunni Muslim, and the parliament speaker a Shia Muslim.

In May 2018 elections, Hezbollah candidates and allies won a 67-seats majority of the parliament's 128 seats – equally divided between Muslims and Christians.

Hezbollah is falsely designated a terrorist organization by the State Department, at the behest of Israel.

It's nothing of the sort, maintaining a military wing for self-defense alone — in a part of the world boiling from US/NATO/Israeli aggression.

MZ reaffirmed Russia's position on Lebanon, true of its relations with all countries — respecting their sovereignty, territorial integrity, and right of their people alone to decide who'll lead them, free from foreign interference.

Washington's agenda is polar opposite, seeking control over other nations, wanting them operating as client states, targeting governments it doesn't control for regime change — what its hegemonic rage is all about.