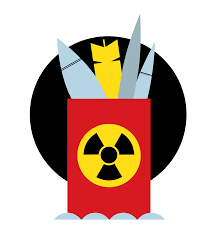 Winston Churchill long ago said: "A lie gets halfway around the world before the truth has a chance to get its pants on."

Time and again, managed news misinformation and disinformation drown out truth and full disclosure on vital issues, notably geopolitical ones.

With disturbing regularity, the power of endlessly repeating the official narrative gets most people to believe rubbish over real news and information no matter how many previous times they were duped.

Manipulating the public mind works. Establishment media operate as gatekeepers for powerful interests — hostile to peace, equity and justice, what the American way is all about, its agenda polar opposite what just societies hold dear.

On Wednesday, a State Department press release in Pompeo's name said the following:

"Iran's latest nuclear escalations reflect (its) intentions…to extort the international community into accepting its violence and terror while it undermines the sovereignty of its neighbors (sic)," adding:

"Members of the international community who are rightly concerned with Iran's latest attacks and provocations should imagine how Iran would behave with a nuclear weapon (sic). The United States will never allow this to happen."

"Iran's expansion of proliferation-sensitive activities raises concerns that Iran is positioning itself to have the option of a rapid nuclear breakout (sic).

"It is now time for all nations to reject (its) nuclear extortion and take serious steps to increase pressure. Iran's continued and numerous nuclear provocations demand such action (sic)."

Fact: Iran's nuclear program is entirely legitimate with no military component, no evidence of an intention to have one.

Fact: Its ruling authorities fully comply with NPT, IAEA and JCPOA provisions — in contrast to nuclear outlaws US and Israel, flagrant violators of their nuclear obligations and international law overall.

Fact: The Trump regime abandoned the JCPOA in May 2018, an international agreement unanimously adopted by Security Council members, making it binding international and US constitutional law under its Supremacy Clause (Article VI, Clause 2).

Fact: Britain, France, Germany, and the EU — JCPOA signatories — breached the agreement by failing to observe its mandated provisions.

Fact: JCPOA Articles 26 and 36 permit Iran to legally roll back its voluntary commitments if other signatories to the agreement breach theirs — precisely what's going on.

Fact: The deal mandates observance by all its signatories, what agreements are all about. Nothing in it requires Iranian compliance if other signatories breach their obligations.

Fact: The hardline Trump regime is a lost cause. As long as Europe remains in noncompliance with its JCPOA obligations, Iran is legally permitted to restore its legitimate nuclear program to pre-JCPOA levels.

Fact: It's legal rollback is happening incrementally, four steps taken so far, more to come as long as Europe remains in noncompliance.

Fact: If Europe breaks from illegal US policies on Iran, regaining its sovereign independence and backbone at the same time, steps Iran took are fully reversible — a position its officials made clear time and again.

"A total of 15 new machines were installed after the third (rollback) step, which increased our total nuclear production capacity to 2,600 SWU."

"Today, the work at Fordow has been finished and four more cascades will be added…to increase our total capacity by about 700 SWU."

"When the work is totally done, our overall (enrichment) capacity will stand at about 9,500 SWU, which is the level we held before signing the JCPOA."

Iran has "many advanced machines" that were not available pre-2015, enhancing its legitimate nuclear activities.

Separately, Iran's IAEA envoy Kazem Gharib-Abadi expressed concern to the organization about one of its inspectors found possessing "suspicious" materials, why she was denied access to one of the country's nuclear sites, adding:

"I emphasized that Iran has security concerns in this regard and does not intend to violate immunity of IAEA's inspectors, because we have not violated their rights and are aware of the stipulations of international law and our commitments."

"Various measures were taken later and detectors were used at various locations, giving the same result, even when they were applied to her handbag."

"As it is protocol, all of the IAEA inspectors' belongings are closely inspected and scanned before they enter any of the country's nuclear facilities."

The inspector in question left the country. Given what happened, she's persona non grata, unwelcome to come back, results of her previous assessments scrapped.

Note: The IAEA's agreement with NPT signatory nations states the following in relation to agency inspectors: If a member-state objects to one assigned to the country, "the Agency shall propose to the State an alternative designation or designations."

Its banished inspector from Iran for unacceptable behavior is easily replaced by an alternate. Because of US economic terrorism on the country, its authorities are duty bound to protect against hostile actions, including by IAEA inspectors, what apparently was foiled.

On Wednesday, Russian Foreign Minister Sergey Lavrov said Iran's resumption of uranium enrichment at its Fordow facility does not violate its nuclear obligations.

"As we repeatedly pointed out, the root cause of sustained tensions around the Iranian nuclear issue lies with the US' (illegal) unilateral withdrawal from the JCPOA and its (unacceptable) maximum pressure campaign against Iran."

On Thursday, Iran's Supreme National Security Council head Ali Shamkhani stressed that" (t)he legitimate rights and interests (of the state and its people) are not bargainable."

"Today, we are witnessing that the expansionist and arrogant approach of a certain government presents the greatest threat and challenge to the world peace and security."

"The growing resort to unilateral coercive measures is one of the clear symptoms of unilateralism coupled with an interventionist, flawed and short-sighted foreign policy."

"(U)nilateral embargoes and coercive sanctions, as a means to achieving national policy objectives, have a seriously adverse impact on the promotion of peace at the regional and international levels."

"(T)he US (is) addicted to imposing unilateral sanctions when it comes to states that do not submit to or follow its contradictory and expansionist policies."

"Iran and Cuba are paying the price for their resistance and insistence on their independence from the United States' colonialist policies. Iran has experienced the US unlawful sanctions since the triumph of the Islamic Revolution 40 years ago."

US maximum pressure/economic terrorism on Iran, Venezuela, Cuba, North Korea, Syria, and other countries on its target list for regime change is what the scourge of its hegemonic aims is all about.

Note: Iran has had 40 years of experience to prepare and defend against hostile US actions.

While not able to match Pentagon military strength, it's savvy, committed, and powerful enough to continue defending its sovereignty and territorial integrity successfully.

Freedom from Washington's imperial boot since 1979 bears testimony to its effective strategy.