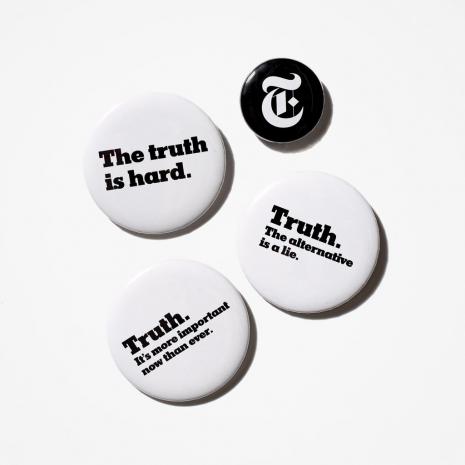 The NYT is a lying machine, notably on geopolitical issues, especially against nations on the US target list for regime change — supporting its wars of aggression, blaming victims for its high crimes.

The broadsheet operates as a mouthpiece for powerful interests, sticking to the official narrative on major issues — notably on war and peace, serving the imperial state, Wall Street, the military, industrial, security complex, and other corporate interests.

Times management, editors, correspondents, and opinion writers long ago abandoned journalism the way it's supposed to be. State-approved propaganda replaced it.

Times hostility toward Russia dates from its 1917 revolution. It's notably hostile over its involvement in aiding Syria combat US-supported ISIS and other terrorists.

Its reporting on the war since 2011 includes some of the most outrageous disinformation and Big Lies in modern memory — supporting what demands condemnation, backing US/NATO/Israeli aims to replace Syrian independence with pro-Western puppet rule.

Like other establishment media, the Times ignores US high crimes of war, against humanity, and other atrocities — committed with disturbing regularity in multiple theates.

Time and again, it falsely blamed Syrian and Russian military operations for invented crimes — again in its latest issue, claiming:

Earlier, the NATO-connected Atlantic Council made similar phony accusations, presenting no credible evidence backing them because none existed then or now.

Claims by the Atlantic Council earlier and the Times in its latest edition include no such credible data.

Since intervening in Syria four years ago at the request of Damascus to combat US-supported jihadists, Russia's Defense Ministry issued daily reports of its aerial operations, including footage of targets struck.

Following an accusation last year by the Trump regime about alleged hospital bombings by Russian warplanes, its Defense Ministry debunked them, adding:

The Pentagon and US-backed "armed groups" have been attacking Syrian civilians "on a daily basis."

The US rape and destruction of Raqqa from late 2016 through October 2017 turned most of the city to smoldering rubble, tens thousands of civilians massacred — on the phony pretext of combatting ISIS the US supports.

The Times ignored the atrocity, focusing its venom on falsely blaming Russian and Syrian forces for crimes committed by the US, its imperial partners, and jihadists they support.

Its latest report on Syria falsely claims evidence (that doesn't exist) shows "repeated bombing of hospitals in Syria (by) the Syrian military and Russia," adding:

"More than 50 health care facilities have been attacked since the end of April in an offensive to reclaim Idlib Province from militants opposed to Syria's president, Bashar al-Assad, according to the United Nations' Office of the High Commissioner for Human Rights."

Fact: Not a shred of credible evidence suggests Russian or Syrian warplanes bombed hospitals or other civilian targets — a US-led NATO/Israeli specialty.

Fact: Syrian/Russian strategy aims to liberate and protect civilians, not harm them.

So-called Times "photos and videos from Facebook" and other social media have no credibility. They can be from locations far distant from Syria, or if in-country can be from Pentagon-led terror-bombing of civilian targets.

No evidence suggests Syrian or Russian responsibility for war crimes they had nothing to do with.

Nor do alleged "audio recordings between Russian Air Force pilots and ground control officers in Syria" or so-called tracking of their aerial operations "by a network of Syrian observers" prove anything.

Throughout years of war, the Times consistently reported disinformation, Big Lies, and fake news about the conflict.

Its Sunday propaganda report is the latest example — rubbish instead of truth-telling about endless US war.