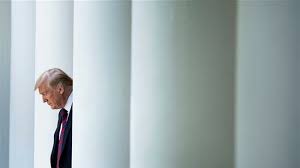 Waging War on Iran Would Be Madness

All nations the US doesn't control are on its target list for regime change, especially challengers to its hegemonic aims like China and Russia, along with oil rich ones like Iran and Venezuela.

That's what US hostility toward these countries is all about, not because of a national security threat they pose — other than supporting multi-world polarity, conflicting with US hegemonic unipolar aims, a notion whose time has passed.

Iran can't match US military power, but its capabilities can hit back hard against aggressors anywhere in the region.

It has sophisticated warplanes and drones, ballistic and cruise missiles, a capable air defense system, allied forces in Lebanon and elsewhere regionally, political and economic backing by Russia and China, both countries willing to supply Iran with weapons needed for self-defense, supplementing its own.

Its weapons and munitions can strike US regional bases and warships. They can target strategic Israeli and Saudi sites in self-defense.

Houthis strikes on Saudi oil facilities and other sites caused significant damage, requiring extensive repairs. Imagine what Iran could do in response to Saudi aggression.

Israel's small land mass makes it especially vulnerable to retaliatory strikes if the Jewish state foolishly partners with US war on Iran or goes it alone.

Attacking Iran would come at a great cost to all nations involved. US chickenhawk politicians and bureaucrats, including Trump, know nothing about warmaking.

Pentagon commanders support wars on easily rolled over countries, not ones able to strike back hard like Iran.

Syria was supposed to be a walkover conflict. In its ninth year, resolution is nowhere in sight, the same true in Afghanistan and Yemen.

It Iran is attacked militarily, the region would likely boil over much more than already, including the US and Israel paying a stiff price, greater than Pentagon commanders consider acceptable.

The notion of limited war on Iran is wrongheaded. Its authorities said if Iranian oil exports are halted, its military will block maritime operations of other regional countries through the Hormuz Strait, accounting for around 20% of world supply.

Underestimating Iran's military capabilities and will to defend its territory if attacked would be a serious strategic mistake.

Ayatollah Khamenei earlier stressed that Iran will retaliate proportionately against a foreign aggressor and its allies.

In response to an attack by its forces, the Zionist regime would "be wiped off from the world geography…(T)his is not an aspiration or dream anymore, but an achievable goal," adding:

"We can strike the enemy with any magnitude, any intensity, any accuracy, and over any area. Our power is authentic."

"We have prepared ourselves for all probable situations and we will use all our capabilities to defeat the enemy," adding:

"The fate of the region will be determined in the process of our current conflicts with the enemy and the final outcome will result from miscalculations of the enemy, and from how we would use our strategic advantages in opportunities."

In September, Iranian Foreign Ministry spokesman Abbas Mousavi expressed support for Yemeni Houthis against Saudi aggression, calling its strikes against kingdom targets "defensive" in response to its terror-bombing and blockade — in cahoots with the US.

Did he know too many dirty secrets? Was it to silence him? Does his elimination and Yemen war, taking a major toll on Saudi resources and infrastructure, signify political fractures in the kingdom because of crown prince/war minister MBS' reckless policies?

Is MBS concerned about his own staying power? His reckless policies made enemies internally and abroad.

Pressured to stay the course by Trump regime hardliners, Riyadh is waging war it can't win.

How much longer will ailing king Salman put up with the incompetence of his favorite son — in over his head against superior Houthi forces?

From capabilities they've shown so far, they're likely able to do significant more damage to Saudi infrastructure, notably its crown jewel oil facilities — maybe its cities as well if war continues endlessly.