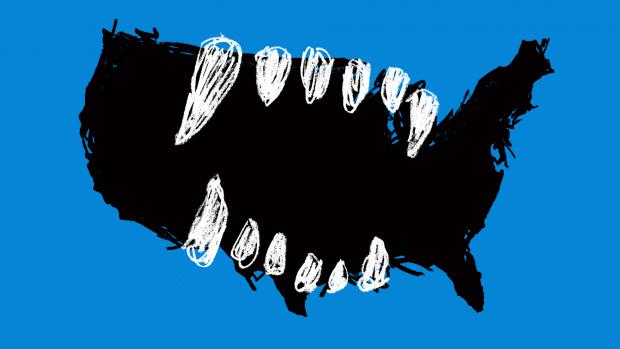 The Times never met a US war of aggression it didn't wholeheartedly endorse and cheerlead.

It never met a sovereign independent government on the US regime change hit list it didn't want toppled.

It's hostile to governance of, by, and for everyone equitably in the US and abroad, supporting privileged interests exclusively.

It never forgave Trump for triumphing over media darling Hillary, a figure I called the most ruthlessly dangerous presidential aspirant in US history.

In its latest edition, the Times mocked Trump's refusal to cooperate with the impeachment inquiry scam it champions.

It called Hunter Biden's self-enrichment as a figurehead board member of an oligarch-controlled Ukrainian gas company involved in dubious dealings "legal" — not if massive corruption went on that's highly likely, making all board members culpable.

Ukraine is an Obama regime-created fascist police state, waging dirty on Donbass freedom fighters and civilians in harm's way, along with enforcing neoliberal harshness on all Ukrainians — new president Zelensky continuing what his US anointed predecessor began.

A recent commentary said the following:

In Donbass, "(a) large-caliber machine gun is shooting somewhere very close and every now and then a bullet flies across the backyard."

"Kominternovo is only a few hundred meters away from Ukrainian army positions. Everyday life there is a deadly lottery. You never know if you'll be hit by a sniper bullet, shrapnel or a shell."

Establishment media ignore what's going on, pretending life in Ukraine is normal. It's unsafe in Donbass and for regime critics anywhere in the country, notably for truth-telling journalists, human rights workers, and anti-war activists.

In its latest edition, Times editors again pretended that Trump's tempest in a teapot/much ado about nothing telephone conversation with Zelensky provides smoking gun impeachable evidence.

They resurrected the long ago debunked Big Lie about "Putin's aggression" in Ukraine, ignoring a US specialty, waging war on humanity at home and abroad under GOP and Dem regimes.

They claimed Ukrainians "took a desperate gamble" by choosing Zelensky, saying nothing about overwhelmingly despised Poroshenko, both figures connected to fascist oligarchs in the country, along with operating as puppets to a higher power in Washington.

According to Times editors, it's vital for the US to "supply the military muscle Ukraine needs to resist Russia" — ignoring the previous and current regime's war on its own people.

They urged continued support for Kiev to push against "Mr. Putin," falsely saying his "major goals have always been to block the rise of a democratic Ukraine and to undermine the image of liberal democracy."

The above is precisely what the Obama regime did by replacing democratic Ukrainian government with Nazi-infested fascist rule.

Its editors want Ukraine used as a dagger targeting Russia's heartland and Trump's normal business as usual conversation with Zelensky as an impeachable offense.

The above actions by the Times and other establishment media are a small sampling of their hugely debauched reporting — time and again on the wrong side of what just societies hold dear.