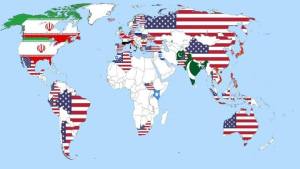 Hostile to Peace NYT Promotes US Wars of Aggression

When the US wages preemptive wars or plans them, always against nonbelligerent nations threatening no one, the NYT operates as a virtual Pentagon/White House mouthpiece.

In the run-up to Bush/Cheney's 2003 Iraq aggression, Judith Miller was the lead Times pro-war propagandist.

The late Alex Cockburn called her "a reporter with an agenda," serving as a mouthpiece for "US government officials, Iraqi exiles and defectors…promot(ing) disingenuous lies…garbage," part of the "propaganda drive" for war, "cheer-leading" it.

All wars are based on lies and deception. With its global reach, the Times is the lead media source for promoting them.

It wholeheartedly backs ongoing US aggression in multiple theaters, notably in Syria since early 2011.

There's no end of it in prospect because bipartisan US hardliners reject restoration of peace and stability to any nation they ordered attacked aggressively or by economic terrorism.

The Times is furious over Trump's Twitter storm on Syria — amounting to lots of smoke and no fire.

US aggression in the country continues, ISIS, al-Nusra, and other terrorists used as imperial foot soldiers, supported by Pentagon terror-bombing.

Since early 2011, hundreds of thousands of Syrians perished, largely civilians, millions displaced, one of history's great crimes, a US specialty in multiple earlier and current theaters.

In its latest edition, the Times falsely claimed "Trump threw (US) Middle East policy into turmoil on Monday (by) vow(ing) to withdraw American forces from the region…"

No withdrawal is planned from Syria, the region, or other US war theaters. Pentagon troops near Syria's border with Turkey were or are being redeployed a short in-country distance away.

Virtually the entire major media establishment and vast majority of congressional members wholeheartedly support endless US wars of aggression against targeted countries — none targeted threaten the US or neighboring states.

Instead of ending US wars in multiple he criticized during the 2016 presidential campaign, Trump escalated them — notably the rape and destruction of Mosul, Iraq and Raqqa, Syria, massacring tens of thousands of civilians on the phony pretext of combatting ISIS the US created and supports.

According to the Bureau of Investigative Journalism, Trump escalated drone wars in US conflict theaters – notably in Yemen, a six-fold increase over 2016.

Since compiling data on Pentagon/CIA drone wars post-9/11, the Bureau reported thousands killed in nations the US attacked, mostly civilians.

Times editors ignore Pentagon/CIA use of ISIS as proxy foot soldiers, falsely saying the US "need(s) Kurdish-led forces in northern Syria to face off against (its) remnants," adding:

US "national security officials (and hawkish congressional members) argued forcefully for maintaining a (Pentagon) troop presence in northeast Syria (to counter its) Russian and Iranian allies."

Trump isn't withdrawing from Syria as the Times and other US media falsely reported. Russia and Iran promote regional peace and stability, what establishment media never explain, falsely accusing both countries of hostile actions they had nothing to do with.

US establishment media operate as press agents for powerful interests, notably Wall Street and the US military, industrial, security complex.

They cheerlead endless US wars of aggression against invented enemies, failing to explain no real ones exist.

At the height of its power post-WW II, the US is declining politically, economically and militarily, notably post-9/11, while China, Russia and other nations are rising.

It's the same dynamic dooming all other empires in history — unbending imperial arrogance Washington's achilles heal.