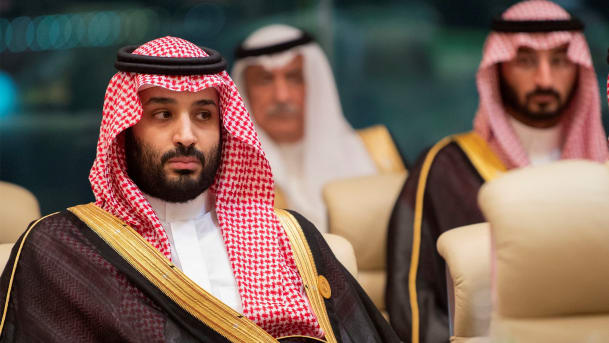 Make no mistake. Like the US, key NATO countries and Israeli, Saudi ruling authorities can never be trusted.

Riyadh is a ruthless despotic regime, a family-controlled territory masquerading as a nation-state, allied with hegemon USA's regional wars of aggression.

It depends on Washington for security. Despite spending tens of billions of dollars annually for advanced US and other Western weapons, munitions, and related purchases, Riyadh proved time and again unable to defend its territory on its own.

Around the same time, US warplanes struck Yemeni targets. US drone war on the country has been ongoing since late October 2001.

Intermittent air and land war on Yemen raged for the past 18 years — continuing all-out since March 2015, escalation ordered by Obama regime hardliners.

From inception, raping Yemen has been US war, the Saudis, UAE, Israel, Britain and France involved as junior partners — the same true for all US wars of aggression.

It's Washington's call on whether wars it launched in Yemen, Syria, and against other countries continue or end.

All post-9/11 US wars of aggression rage endlessly because its ruling authorities reject restoration of peace and stability.

Undemocratic Dems are as hawkish as Republicans. Obama bragged about terror-bombing seven countries, Trump the latest in a long line of US warrior presidents.

On Friday, AMN News reported that Yemeni Houthis said "they are halting their missiles strikes on Saudi Arabia after the Gulf kingdom offered them a peace deal," adding:

Riyadh "offered to halt their airstrikes over Yemen in exchange for the halting of all Houthi missile strikes."

The next day, its warplanes terror-bombed the port city of Hodeidah, Yemen, breaching a December 2018 agreement to cease attacking the city, proving the kingdom's peace outreach is hollow.

On Saturday, Southfront listed the most recent ongoing fighting in Yemen as follows:

Clashes between (Houthis) and Saudi-led forces were reported in the Baqim area;

Clashes between (Houthis) and Saudi-led forces continue on Haradh front;

Clashes between (Houthis) and Saudi-led forces were reported in Qatabah area;

Mahdi al-Mashat, the president of Yemen's Supreme Political Council, announced that (Houthis) would stop missile and drone strikes on Saudi Arabia as a good will gesture for the further settlement of the conflict."

Houthi authorities seek restoration of peace and stability in war-torn Yemen. Riyadh has no say over war and peace decision-making.

It's pressured by the US to continue endless war in Yemen. It wasted tens of billions of dollars for involvement, achieving no strategic aims.

Despite its AMN News reported ceasefire overture, Southfront said the Saudis and its allies "have not responded to the Houthis' " unilateral declaration to cease attacks on kingdom territory, provided Riyadh reciprocates in kind — halting its aggression and lifting its blockade, what hasn't happened so far.

On Sunday, UN envoy for Yemen Martin Griffiths said the Houthis' ceasefire offer "in good faith could send a powerful message of the will to end the war" — failing to explain it's Washington's call exclusively, not Riyadh's.

On Saturday, Houthi leader Abdul-Malik al-Houthi said if the Saudis continue war on Yemen, "attacks into the depth of territory of the aggressors would become more crushing and more painful."

Its forces "would not hesitate (using them) to launch a period of great pain" on the kingdom if its forces keep striking Yemeni territory.

He'll meet on the sidelines for discussions with counterparts of friendly nations. No meeting with Trump is planned.

His regime delayed issuing visas for Rouhani, Foreign Minister Zarif, and their delegation until Friday — a breach of UN rules if not provided.