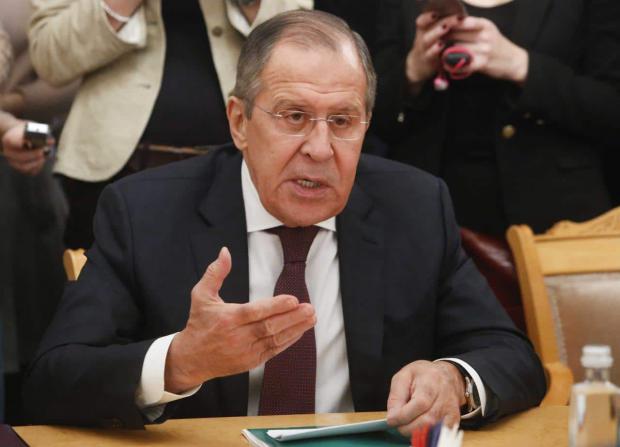 Syria and Venezuela are on the US target list for regime change.

Free from US imperial control, Republicans and undemocratic Dems want both countries and other sovereign independent ones transformed into US vassal states.

MZ: "During a meeting of the UN Security Council on September 19, the delegations of Belgium, Kuwait and Germany, under pressure from the US, put to a vote a draft resolution that urged all combat operations in the Idlib de-escalation zone in Syria to be halted."

"(T)his was a provocative attempt to take the heat off the terrorist organizations controlling Idlib, being lavishly nourished from abroad" — by the US and its imperial partners, opposing conflict resolution.

Likely drafted by the Trump regime, the resolution was all about protecting al-Nusra and likeminded jihadists "from being totally wiped out," MZ explained.

If adopted, Syrian and Russian forces would be accused of breaching international law by involvement in Idlib's liberating struggle.

MZ: "The draft resolution completely ignored the efforts made by the three Astana guarantors (Russia, Iran and Turkey) to promote a political settlement in Syria…"

It was silent about straightaway breaches of the unilateral August 31st announced ceasefire in Idlib by Russia and Syria.

The unacceptable resolution was introduced, knowing if would be vetoed. A separate equitable one introduced by Russia and China was supported only by their delegations, other SC members rejecting it or abstaining following US pressure.

MZ called the situation in Venezuela, and outside the country by US imperial partners, "alarming" — because of the Trump regime's aim to topple its legitimate government and gain control of its world's largest oil resources.

Political nobody Guaido is Washington's puppet, repeating what his handlers tell him to say, halting talks with Maduro officials on their orders.

What's going on "confirms the absolutely destructive approach practiced by the US foreign policy in the region, an approach aimed at toppling (independent) governments," said MZ.

While a positive sign, it's not enough to soften Trump regime objectives in the country, seeking another US imperial trophy.

MZ's hopeful outlook in countries targeted by the US for regime change is sabotaged repeatedly by hardliners in Washington.

Getting them to back off from aiming to replace legitimate governments with US puppet rule in all nations on their target list for regime change is an unattainable objective.

Separately, Sergey Lavrov addressed what he called the "World at a Crossroads and a System of International Relations for the Future."

Defeating Nazi Germany and imperial Japan in WW II changed nothing. Establishment of US-controlled NATO "and the permanent implanting of the US military presence in Europe" close to Russia's borders followed.

World peace is not what US dark forces had in mind earlier, clearly not now.

Instead, endless US wars rage, along with "triumphant pronouncements that the 'end of history' had come and that from now on there would be only one global decision-making center" — in Washington, where else, Lavrov explained, adding:

"It is obvious today that (US) efforts to establish a unipolar model have failed," multi-polarity overtaking it, a positive development not halting US efforts to undermine it.

"The West's response to ongoing developments reveals the true worldview of its proponents."

"Their rhetoric on liberalism, democracy and human rights goes hand in hand with their policies of inequality, injustice, selfishness, and a belief in their own exceptionalism."

How do democratic values they preach "correlate with (illegal) sanctions, economic strangulation…overt military threats against…independent countries," and attacking nonbelligerent states threatening no one?

"How does the bombing of sovereign nations, the deliberate policy of destroying their statehood leading to the loss of hundreds of thousands of lives and condemning millions of Iraqis, Libyans, Syrians and representatives of other peoples to innumerable suffering add up to the imperative of protecting human rights?"

"What is 'liberal' about visa denials and other sanctions imposed by the West on residents of Russia's Crimea? They are punished for their democratic vote in favor of reunification with their historical homeland."

The notion of a "rules-based order" is sabotaged by the US and its imperial partners doing whatever they please extrajudicially.

UN Charter provisions and other international laws are repeatedly ignored by these countries, going their own way, the rule of law cast aside.

Time and again, the US breaches Security Council resolutions, including ones it it earlier supported. The same goes for treaties and bilateral agreements it withdrew from.

Covering vital geopolitical issues, Lavrov's address was thoughtful and well-reasoned, revealing the breadth of his geopolitical knowledge, good sense, and support for world peace over endless wars of aggression the US and its imperial partners wage.

Russia is confronted by US hegemonic aims, wanting all nations subordinated to its interests, sovereign independent ones on its target list for regime change — by naked aggression or other hostile actions.

Are things heading for nuclear confrontation to resolve things? With crazies in Washington believing the unthinkable is winnable, anything ahead is possible.

"(P)eaceful resolution of (ongoing) conflicts" Lavrov seeks and likely new ones is off the table because US hardliners want endless wars, not peace and stability — the latter notion considered a threat to US security.

"Russia will continue to promote a positive and unifying agenda," said Lavrov.

He quoted former Soviet Russia Foreign Minister Andrei Gromyko (1957 - 1985) on the 110th anniversary of his birth this year, wisely saying:

"Better to have ten years of negotiations than one day of war" — especially in the nuclear age.