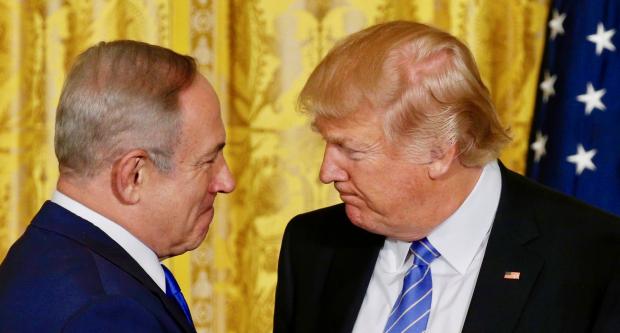 Their relationship soured over policy disagreements, Trump's "undisciplined" style, his impulsiveness, and being left out of the loop on key geopolitical issues.

Days earlier, he participated in a Harvard Kennedy School panel discussion about his 14-month tenure at State, including his assessment of Vladimir Putin, China's Xi Jinping, Netanyahu and Trump.

He slammed DJT for seeking outside advice on Israel over senior cabinet officials.

He ripped Netanyahu, calling him Machiavellian, adding "(i)n dealing with (him), it's always useful to carry a healthy amount of skepticism in your discussions with him."

He uses "misinformation" to influence US policy. He "did that with (Trump at times) to persuade him that 'We're the good guys. They're the bad guys.' "

"We later exposed it to (DJT) so he understood," telling him: 'You've been played. It bothers me that an ally that's that close and important to us would do that to us."

As ExxonMobil CEO for 10 years, Tillerson dealt with world leaders on matters related to company business, notably in the oil-rich Middle East.

On the Israeli/Palestinian no-peace/peace process, he surprisingly say "I did believe that we were at a moment in time where perhaps we could chart a way where the Arab world could support an outcome that the Palestinians might not think was perfect…but with enough encouragement, pressure from the Arab world, we could get it close enough (for) a two-state solution."

Resolution has been unattainable for decades because the US and Israel reject equity and justice for long-suffering Palestinians.

Asked how he'd handle last Saturday's attack on Saudi oil facilities, Tillerson stressed getting the facts before rushing to judgment.

Yet he shamefully added "I have no doubt we're going to find Iran's fingerprints on this attack, but we may not find their hands on it" — instead of concluding an opposite guilty by accusation judgment.

Clearly, Iran had nothing to gain and potentially much to lose by involvement in what happened, a reality Tillerson ignored.

He advised pushing for international sanctions by the Security Council, not going alone with unilateral ones — ignoring US responsibility for endless wars of aggression against nonbelligerent states threatening no one.

The US uses sanctions as weapons of war by other means, ordinary people in targeted countries harmed most, a reality Tillerson failed to address.

He stressed that "(e)very  successful negotiation is defined as both parties leaving with an acceptable outcome," adding:

"If you ever think about a negotiation as a win/lose, you're going to have a terrible experience. You're going to be very dissatisfied, and not very many people are going to want to deal with you."

Whatever his personal style and preferences, based on years of corporate leadership, he left unaddressed how the US operates in dealings with other nations.

Time and again, unacceptable one-sided demands are made in return for empty promises, along with breaching treaties and other agreements — proving it can never be trusted.

Tillerson may not have around long enough to see it firsthand. He surely understands what independent analysts and other observers explain time and again.