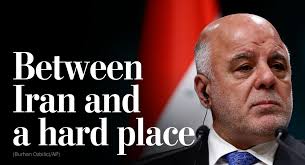 The blame game is longstanding US, NATO, Israeli policy — falsely blaming a targeted nation, entity, group, or individual for something they had nothing to do with.

Time and again, the tactic is used as a pretext to pursue a policy objective, including preemptive wars and/or other hostile actions.

The US, other Western nations, Israel, and their press agent media never explain that the Islamic Republic of Iran never attacked another country preemptively throughout its 40-year history.

It threatens none, stressing only its right under the UN Charter and other international law to retaliate against an aggressor in self-defense if attacked — the universal right afforded all nations.

They're silent about the Middle East's leading proponent of peace, stability, and cooperative relations with other countries.

Iran abhors wars, nuclear weapons, and all forms of hostility by one nation against others.

It's targeted for regime change by the US for its sovereign independence, opposition to imperial wars, support for Palestinian rights, and sharp criticism of Israeli high crimes and other human rights abuses.

In Riyadh on Wednesday, Pompeo met with Mohammad bin Salman (MBS) in charge of Saudi aggression in Yemen, the regime's regional state terror, its support for ISIS and other jihadists, and horrendous domestic human rights abuses.

Militantly hawkish and Iranophobic, he notoriously turns truth on its head time and again. He falsely calls legitimate criticism of Israel, a nation state, "anti-Semitic."

He lied claiming the Trump regime aims to aims to "bring peace to Yemen." He and Bolton undermined congressional legislation toward this end.

He falsely said the White House seeks to "improve the lives of the Palestinians." Its policies are polar opposite.

He turned truth on its head, claiming "(t)he Islamic Republic of Iran and its proxies continue to foment terror and unrest in Iraq, Lebanon, Syria, and Yemen with devastating humanitarian consequences (sic)" — a US, NATO, Israeli specialty, not how Tehran operates.

He defied reality, affirmed repeatedly by IAEA inspectors, falsely saying Iran "continues to threaten further expansions of its nuclear program in defiance of its international commitments" — maintaining the myth of an Iranian nuclear weapons threat.

He lied about Tehran's legitimate ballistic and cruise missile program intended solely for defense, not aggression like the US and its imperial allies operate.

He falsely said there's "no evidence the attacks (on Saudi oil facilities) came from Yemen (sic)."

There's clearly no evidence of Iranian involvement in what happened. False accusations risk possible greater Middle East war than already — an act of madness if the US alone or with imperial partners attack nonbelligerent Iran.

Not a shred of credible evidence links Tehran to what happened. On Wednesday, Saudi war ministry spokesman Col. Turki al-Maliki presented none, falsely saying Saturday's attack on the kingdom's oil facilities "could not have originated in Yemen (sic)."

Claiming "(t)he attack was launched from the north and unquestionably sponsored by Iran" presented no evidence proving it because none exists.

On Wednesday, Yemeni Houthis said attacks on Saudi oil facilities were launched from "three positions," the type(s) of drones used to be revealed.

Advisor to Iranian President Rouhani Hesameddin Ashena called al-Maliki's presentation a "media disaster" — failing to prove "what area and point (the strikes) were fired from (or) why the (kingdom's) air defense (system) failed to thwart the attack."

The Military Times quoted an AP News report, saying "Saudi Arabia spent billions to protect a kingdom built on oil but could not stop (an) attack (on its oil facilities), exposing gaps that even America's most advanced weaponry failed to fill," adding:

How will Riyadh "prevent a repeat of last weekend's attack — or worse, such as an assault on the Saudis' export facilities in the Persian Gulf or any of the desalination plants that supply drinking water."

"The secretary and (MBS) discussed the need for the international community to come together to counter the (Iranian threat (sic), and agreed that (Tehran) must be held accountable for its continued aggressive, reckless, and threatening behavior (sic)."

Trump so far opted for more unlawful sanctions on Iran over military confrontation. Pentagon commanders and some Senate Republicans are wary about war on the country, Lindsey Graham an exception.

Al-Maliki "would say only that its intelligence indicates the weapons were 'of Iranian origin' (sic) and that the attack was 'unquestionably sponsored by Iran (sic).' "

What actions the Trump regime may take against Iran beyond escalated sanctions war are unclear.

Attacking the country would surely bring a strong response, putting US regional bases and warships, its personnel, and imperial partners at risk of being hit hard in self-defense.

Tehran warned the Trump regime through the Swiss embassy, saying:

"(I)f any actions are taken against Iran, that action will face an immediate response from Iran and its scope will not be limited to just a threat."

Attacking Iran militarily would be madness. It could open the gates of hell for far more devastating regional war than already.

It could risk possible global war if other major powers get involved to protect their regional interests.