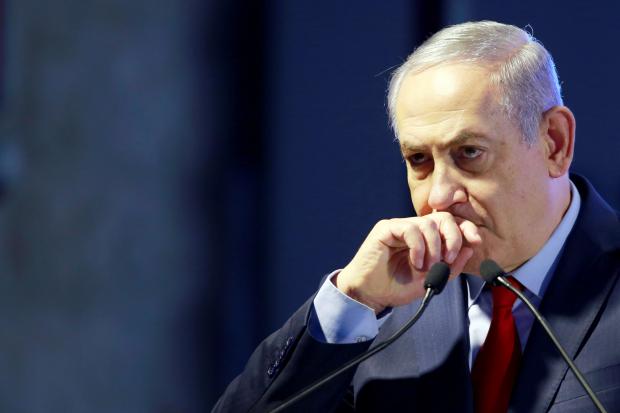 End of the Toxic Netanyahu Era?

They also show Netanyahu's hoped for Likud-led ruling coalition short of a required 61-seat majority, Blue and White with a slight edge.

While it's too soon to know the final result and who President Rivlin will ask to form a new government, Gantz/Lapid's B & W party is projected to win 32 Knesset seats to Netanyahu's Likud at 31 with over 90% of votes officially counted.

Another possibility is unity governance with Likud, B and W, together with Avigdor Lieberman's ultra-right wing Yisrael Beiteinu party.

Some observers call him a kingmaker who'll ally with other parties accepting his demands. Exit polls showed Yisrael Beiteinu finishing fourth among 11 parties contesting for Knesset seats,  only 9 winning them.

Lieberman demands military service for the ultra-orthodox Israeli Jews; public transportation, commerce, and other activities on Shabbos (the Saturday day of rest); Haredi/strict interpretation of Jewish law and values education standards, among other measures.

He rejects the notion of including Joint (Arab) List MKs in a coalition government, calling the idea "absurd." The party is projected to finish third behind B & W and Likud.

Joint List leader Ayman Odeh said "it is possible that we will recommend Blue and White head Benny Gantz (to form a coalition government) to President Rivlin."

"However, we have clear conditions and based on them we will decide. We want to replace Netanyahu." Labor party leader Amir Peretz echoed the same sentiment.

"Preliminary election results show that the politician who made it his business to win elections has finally run out of effective dirty tricks."

"Barring an absolutely catastrophic polling mistake from all three of Israel's main television channels, Benjamin Netanyahu will not command a majority in the 22nd Knesset, and Likud is likely to be only the second largest party there."

Israeli voters…denied him" a majority to remain prime minister — though it's too soon to know for sure.

Haaretz also said "Bibi the magician has run out of rabbits." He gambled by dissolving the Knesset weeks after being unable to form a coalition government following April elections.

He fared marginally poorer on Tuesday than then, weakening his chances to remain prime minister.

Perhaps he has 11th hour maneuvering up his sleeve to pull his fat out of the fire again — or maybe his toxic rule is over, ahead of an October pre-indictment hearing on bribery, fraud and breach of trust charges.

He hoped by remaining prime minister he'd be able to avoid indictment and possible prison time.

Failure to remain in power, if things turn out this way, leaves him more vulnerable to long-delayed accountability for civil wrongdoing.

No Israeli politician was ever held accountable for high crimes  against Palestinians, state-sponsored terrorism, or naked aggression on other countries – far more serious offenses than civil wrongdoing.

Tuesday's election was a referendum up or down on Netanyahu remaining prime minister.

"The time has come to put an end to the destructive escape route that has stretched on now for two years; a route that has threatened to destroy government institutions and shake the entire country," adding:

Israel "has been held hostage to the personal whims of one man and his court of sycophants."

"It is hoped that soon his term as prime minister comes to an end, and his term as an indicted individual defending himself in court begins."

No matter how Israeli elections turn out, persecution of Palestinians continues unabated.

Two million Gazans remain hostage under suffocating blockade, attacked by land, sea, and air at Israel's discretion — regardless of who serves as prime minister.

Former IDF chief of staff/turned politician Gantz waged war without mercy on them, bragging about "an excellent operation" he led, adding another operation must be "swift and painful," defenseless civilians harmed most of all.

On Tuesday at a Hague, Netherlands district court, a hearing was held on whether to hold Gantz accountable for war crimes.

Dutch/Palestinian Ismal Ziada sued him and IDF air force commander Amir Eshel for their role in killing six of his family members during Israel's preemptive summer 2014 Protection Edge war — devastating the Strip and it people.

Commenting on the lawsuit, Gantz falsely called the IDF "the most moral army in the world, and I am proud to have served in it for almost 40 years and to have commanded it."

As part of his campaign, he boasted about massacring Gazans and destroying thousands of "Hamas targets."

In Protective Edge aggression alone during a 50-day period from early July to late August 2014, over 2,200 Palestinians were slaughtered, largely civilians, including around 600 children and 300 women.

Over 11,000 were injured, many maimed for life. Targets struck included residential neighborhoods, hospitals, schools, universities, a UN shelter, and other nonmilitary-related sites.

An earlier Breaking the Silence press release "paint(ed) a disturbing picture of the IDF's policy of indiscriminate fire, which directly resulted in the deaths of hundreds of innocent Palestinian civilians."

Gantz and Eshel weren't present at yesterday's Hague hearing. If past is prologue, accountability for victims of Israeli aggression will be denied like always before.

A previous article said if Netanyahu loses to Gantz/Lapid, his toxic rule will end, his destructive agenda to continue under new management.