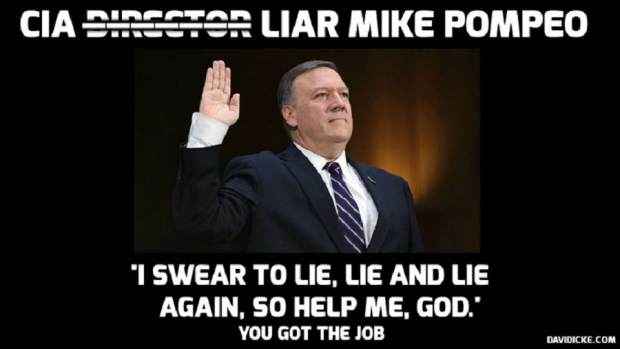 No Evidence Iran Behind Saudi Attack So It's Invented

So-called "evidence" is being concocted because nothing links Iran to what happened.

"It is crystal clear. A clash has occurred between two countries. One side of the clash are the Yemenis, who have announced explicitly that they have done the job."

"In military terms, the Yemenis had carried out a similar operation around two years ago, and had attacked an airport in the United Arab Emirates and fired a missile with a range of 1,200 kilometers."

They proved their capabilities earlier by striking numerous other strategic Saudi targets and capturing territory in the country's south.

Since March 2015, they proved as resilient as Taliban fighters against US aggression in Afghanistan and Syrian forces against Obama's war, now Trump's.

They showed the ability to counter kingdom firepower, aided by the US, other NATO countries, the UAE, Israel, and jihadist proxy fighters on the ground — along with US drone and other terror-bombing, as well covertly operating Pentagon special forces in Yemen.

On Wednesday, Iranian President Rouhani said "Saudi Arabia, the UAE, the US, and some European countries besides the Zionist regime have ignited a war and destroyed Yemen," adding:

"The aggressors want every one to remain silent when they kill civilians, or when they send their weapons to the region but when Yemenis show a reaction they start to condemn the(m)."

Their strike on key Saudi oil facilities last week was "a warning" of more to come if Riyadh aggression continues.

Iranian Foreign Minister Zarif tweeted that the Trump regime "is in denial if it thinks Yemeni victims…of the worst war crimes wouldn't do all to strike back. Perhaps it's embarrassed that $100s of blns of its arms didn't intercept Yemeni fire."

Falsely "blaming Iran won't change" reality on the ground and in the region.

Separately, Zarif tweeted: Just imagine: The US isn't upset when its allies mercilessly BOMB babies in Yemen for over 4 years—with its arms and its military assistance. But it is terribly upset when the victims react the only way they can—against the aggressor's OIL refineries."

Houthi fighters seek to liberate the country from the scourge of Washington's imperial aim to control it, the human toll of no consequence.

Reportedly, Tehran sent the Trump regime a message via the Swiss embassy, strongly denying involvement in Houthi strikes on Saudi oil facilities, condemning Pompeo's Big Lies, and warning that attacking Iran will be responded to strongly and swiftly.

According to the Washington Post, Pentagon commanders on Monday "recommended a restrained response to the recent attacks on Saudi oil facilities, arguing against a potentially costly conflict with Iran," citing unnamed US officials.

They also "stressed the risks to the at least 70,000 US personnel stationed under US Central Command…if tensions with Iran spin out of control."

Attacking nonbelligerent Iran would risk boiling over the region far more than already. If energy supplies are disrupted for a protracted period, the global economy will be significantly harmed.

In its latest edition, the Wall Street Journal reported that "US intelligence indicates Iran was the staging ground for a debilitating attack on Saudi Arabia's oil industry" — despite no credible evidence suggesting it, the Journal failed to explain.

Separately, it said "US and Saudi military forces and their elaborate air-defense systems failed to detect the launch of airstrikes aimed at Saudi Arabian oil facilities."

The baseless accusation of Iranian involvement persists. It's unclear if Trump regime hardliners will manipulate him into waging more war than already — against a nation able to hit back hard if attacked by an aggressor.

Japan's Defense Minister Taro Kono said "(w)e are not aware of any information that points to Iran. We believe the Houthis carried out the attack based on the statement claiming responsibility."