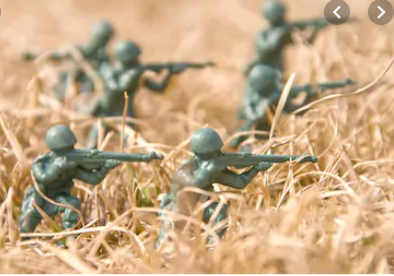 US Rejects Resolution in All its War Theaters

Permanent war is longstanding US policy. Today it's military Keynesianism on steroids.

US military-related spending exceeds the rest of the world combined. Yet the nation's only enemies are invented. No real ones existed since WW II ended.

Last December, Trump said "(o)ur boys, our young women, our men — they're all coming back (from Syria), and they're coming back now (sic)."

"We have started returning United States troops home (sic) as we transition to the next phase of this campaign," then-White House press secretary Sarah Sanders added.

In mid-December, Trump said all US forces would be out of Syria in 30 days, in January extended to 120 days.

At the time, a State Department official said there's "no timeline" for withdrawal of US troops from the country, adding:

"The president has made the decision that we will withdraw our military forces from Syria, but that it will be done in a deliberate, heavily coordinated way with our allies and partners."

US forces remain, no plans to withdraw them. Pompeo, Bolton, and their henchmen undermined a pullout.

The US illegally occupies about 30% of Syrian northern and southern territory, numerous Pentagon bases maintained in the country.

Last week, Fars News said US troops "are currently stationed at 18 military bases and centers in the occupied regions of Syria."

Along with CIA operatives and their proxies, there's no ambiguity about the mission of Pentagon forces in all US combat and other theaters.

Along with propping up friendly despots, they're involved in toppling sovereign independent governments, wanting them replaced with pro-Western puppet regimes.

There's no prospect of ending hostile US involvement in Yemen, the second longest US war in modern times after Afghanistan.

Passed months earlier, Joint House/Senate Resolution 7 "to direct the removal of United States Armed Forces from hostilities in the Republic of Yemen that have not been authorized by Congress" was meaningless, achieving nothing.

In March, Pompeo falsely said "(w)e all want (the Yemen) conflict to end (sic). We all want to improve the dire humanitarian situation (sic)," adding:

"But the Trump (regime) fundamentally disagrees that curbing our assistance to the Saudi-led coalition (sic) is the way to achieve these goals."

His remarks were code language for continued hostile US involvement in Yemen. He and Bolton undermined the notion of restoring peace and stability to the country.

Yemen's strategic location makes it important for the US, why war to gain and maintain control of the nation rages endlessly.

"Washington opposes all parties that want peace, including Congress. That's why Adel al-Jubair (Saudi Minister of State for Foreign Affairs) and Turki al-Maliki (anti-Yemen coalition spokesman) say the war has been imposed on them" by US hardliners.

"Having failed at 'max pressure,' @SecPompeo's turning to 'max deceit.' US & its clients are stuck in Yemen because of illusion that weapon superiority will lead to military victory," said Zarif.

The US doesn't wage wars to quit, not since over a decade of Southeast Asia war ended in 1975. Forever wars replaced it, notably post-9/11.

US direct or proxy war on Iraq raged on and off intermittently since Jimmy Carter launched the Iran/Iraq war in September 1980 — nearly four decades of horrors inflicted on long-suffering Iraqis, continuing today.

US forces occupied the country in early 2003 with no intention of leaving, Iraqi puppet rule permitting it.

Transforming swords into plowshares is off the table in parts of the world where US wars rage — peace and stability considered anathema notions, equity and justice disdained the same way.