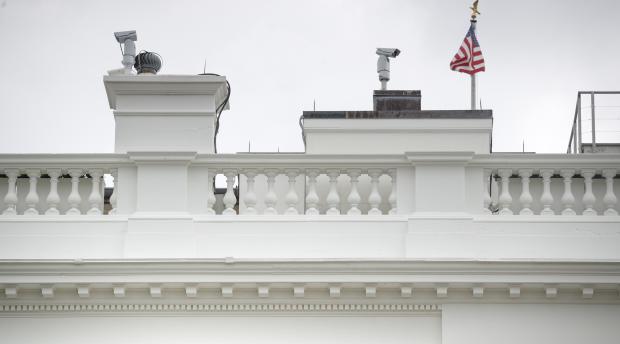 Trump in Denial Over Israeli Spying on the White House

Former CIA counterintelligence specialist/military intelligence officer Philip Giraldi earlier accused Israel of stealing everything it can get its hands on — notably military and industrial secrets.

He called evidence of Israeli spying on the US "indisputable." An earlier FBI report said the following:

"Israel has an active program to gather proprietary information within the United States," adding:

"These collection activities are primarily directed at obtaining information on military systems and advanced computing applications that can be used in Israel's sizable armaments industry."

Washington's Government Accountability Office (GAO) once said Israel "conducts the most aggressive espionage operation against the United States of any US ally."

The Pentagon earlier accused Israel of "actively engag(ing) in military and industrial espionage in the United States."

In 2014, an NSA document  leaked by whistleblower Edward Snowden accused Israel of spying on the US, saying:

"The Israelis are extraordinarily good partners for us, but on the other (hand), they target us to learn our positions on Middle East problems."

Despite knowledge of extensive Israeli spying in the US, the Justice Department, US intelligence community, Congress, and the executive branch maintain normal relations with the Jewish state — considered both ally and counterintelligence threat.

The Wall Street Journal earlier said Israel spied on Iran nuclear talks while ongoing — to "build a case against the emerging terms of the deal," citing unnamed current and former US officials.

According to an unnamed senior US official, "(i)t is one thing for the US and Israel to spy on each other."

"It is another thing for Israel to steal (its) secrets and play them back to (congressional) legislators to undermine US diplomacy."

Yet nothing is done about it, Israel considered a valued US ally despite its unacceptable actions.

"(T)hey also can capture the contents of calls and data use…FBI and other agencies working on the case felt confident that Israeli agents had placed the devices, according to the former officials, several of whom served in top intelligence and national security posts."

One official said it's "pretty clear that the Israelis were responsible."

In denial, Trump said "I don't think the Israelis are spying on us. I really would find that hard to believe."

"The US and Israel share a lot of intelligence information and work together to prevent threats and strengthen the security of both countries."

Arrested in 1985, he pled guilty in 1986, then sentenced to life imprisonment in 1987 for supplying Israel with top-secret classified information.

Senior US officials claimed his espionage was far more serious and wide-ranging than publicly reported at the time.

It reportedly included a detailed NSA manual on how the agency collects signal intelligence, countless names of individuals who cooperated with US intelligence, and much more before caught.

Granted parole in July 2015, he was released in November that year.

Nations routinely spy on each other, some more aggressively than others, notably the US and Israel.

Its ultimate aim is the ability to monitor everyone everywhere at all times — for US political, economic, technological, and military advantage.

Opinion • WAR: About that War