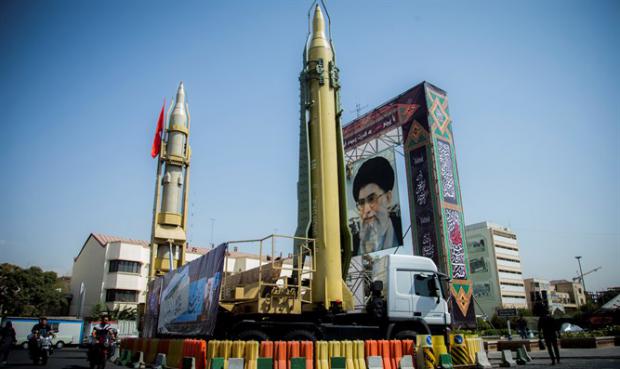 Netanyahu "displayed satellite photographs that he said showed the site," claiming it was "destroyed," followed by other Big Lies the Times failed to debunk — or explain his long history of serial lying about Iran and other issues.

Following a seven minute television address, Netanyahu took no questions from reporters. So-called evidence he claimed was fake like every time before about a fabricated Iranian nuclear threat.

Israel has no evidence about what doesn't exist, what the Times failed to stress — what it should have headlined.

"He provided no details or evidence of what those experiments were, but he showed off two satellite photos."

"The first, taken in June, showed the facility intact. The second, taken in July, showed parts of the building had been destroyed, in what he said was an Iranian cover-up after Israel discovered the facility."

It's unknown if images shown were real, fake, or when taken. If real on the dates claimed, they provide no evidence that the site in question was involved in nuclear weapons development —  what WaPo and other US media failed to explain.

The US intelligence community and IAEA inspectors have no evidence of Iranian nuclear weapons development because it doesn't exist.

The Journal admitted that Netanyahu's latest accusations about Iran "came in the heat of a tough re-election fight that climaxes on Sept. 17, drawing criticism from his rivals that he was using Israeli intelligence for political purposes."

Netanyahu is a serial liar. The Journal and other establishment media failed to hold his feet to the fire.

The Journal and other US media failed to explain that Iran's increased nuclear enrichment is permitted by the JCPOA because other signatories breached their mandated obligations.

Instead, the Journal falsely claimed Tehran's increased nuclear enrichment "moves (the country) much closer to being able to quickly amass enough nuclear fuel for an atomic bomb in the short term," adding:

"Iran (is) stifling the (IAEA's) probe into whether Tehran stored nuclear equipment and radioactive material at the Turquz Abad facility, as alleged by Mr. Netanyahu."

Iran is incrementally increasing its uranium enrichment to a 20% level — far below highly enriched 90% purity required for nuclear weapons development.

After visiting Iran over the weekend, acting IAEA director general Cornel Feruta said the following on Monday at its headquarters in Vienna:

"Yesterday, I visited Tehran for talks with senior Iranian officials. We discussed IAEA verification and monitoring activities under the Joint Comprehensive Plan of Action, as well as safeguards implementation pursuant to Iran's Safeguards Agreement and Additional Protocol," adding:

"The Agency continues to verify and monitor Iran's nuclear-related commitments under the JCPOA."

"The Agency continues to verify the non-diversion of nuclear material declared by Iran under its Safeguards Agreement."

"Evaluations regarding the absence of undeclared nuclear material and activities in Iran continue."

"The Agency's work related to nuclear verification is always consistent with our mandate and established safeguards practice. It is independent, impartial, factual and professional."

"We will continue to work in this manner, which is essential for maintaining the Agency's credibility, both now and in the future."

Each time IAEA inspections of Iranian nuclear sites occur, the agency confirms compliance of its obligations.

Establishment media fail to report it — suggesting an Iranian nuclear threat that doesn't exist while ignoring the existential threat posed by US and Israeli nukes.