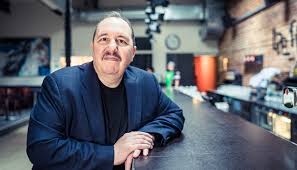 Continuing from the Part 1.

The very first thing Jesus says in our earliest gospel is that he has wonderful news, that "the kingdom of God" has arrived. Jesus chose these words with intent. Nowadays people hear them and think "Yeah, yeah, Bible stuff." Even when they hear "good news" they still think of "Bible stuff." But Jesus really wanted to communicate how awesome this news was.

The time is has arrived and the kingdom of God has come to you. Shift your consciousness and take in this good news.

The kingdom of God, then – whether by my rendering, the King James Version or any literal translation –  is something good that was present while Jesus was speaking. That is, by 30 AD or so. "The time is at hand" has a specific meaning after all.

Bear in mind that Jesus may have created this phrase. It never appears in the Hebrew Bible and I've yet to find it used prior to Jesus. Now, before we examine what Jesus meant by this, let's clear out some of the underbrush:

If Jesus had wanted this phrase to mean something like "the end of the world and a thousand year reign with Christ," he could have used "the end of days." People would have understood that, coming as it does from the apocalyptic book of Daniel… a book that pretty much every religious person of his place and time knew.

If he had meant that he was now the agent of the great King of the universe and would be ruling on His behalf, he could also have used any number of royal or imperial terms. Those would have been immediately understood as well.

If Jesus had meant, "the great change or break in history," he wouldn't have taught (tirelessly) that this kingdom of God would be sown into the world, and that it would grow slowly, as do grains and herbs.

One serious problem with traditional interpretations of this phrase is that they require the passage to come as part of a complete system. Many people, and many ministers in particular, have an emotional need for everything to fit into some sort, any sort, of big picture. And that, as it used to be said, is to put the cart before the horse.

To interpret this as "related to the kingship of God," or anything else is to shove this phrase into a pre-existing larger picture. And that's just bad interpretation. This phrase does not have to fit into someone else's doctrinal model. What matters is what Jesus meant by it, not what religions about Jesus have to say about it.

And so we return to Jesus and begin by considering what Jesus may have meant by the kingdom of God.

After a moment's consideration it seems obvious that he would not have taken the kingdoms of either Judah or Israel as models for this phrase. Both, after all, are arrangements that God specifically warned against[1]. As they were proposed, he orders Samuel to warn the people that it will have dire consequences for them. And once the people demanded a king anyway, God tells Samuel "they have not rejected you, they have rejected me." This, then, would not have been a set of images that Jesus would promote.

The early years in Canaan couldn't really be a reference either, not having been a kingdom at all. It was, rather, a tribal anarchy.

If Jesus was referencing an Earthly arrangement of any type it would have to be the time of Eden, or at least no later than the time of Noah. And there are two passages that mention "the way" in the early portions of Genesis. One notes "the way of the tree of life" and the other "God's way upon Earth." Those, whether Jesus had them in mind or not, would at least fit.

It is of some interest that the word Kingdom (basileia in the Greek) doesn't mean a physical kingdom, but rather "the right to rule." And we could, without too much stretching, see it as "a model of living." That, combined with the point above, would have Jesus meaning something like "the way of life in the Garden," but I don't think we can make that case terribly well. The possibility, however, remains.

Another important part of this discussion is that Matthew purposely changes "God" to "heaven." The author of this gospel knew all too well that Mark used God exclusively (he copied the Mark gospel almost entirely, after all), but he chooses to change it to heaven for some reason.

The most common explanation is that since Matthew was writing to the Jews, he didn't want to offend them by using the name of God in anything but the most solemn possible way. That idea, however, falls apart right away. The "name of God" that Jews refused to write is not the one translated as "God," but the one translated as "Lord.[2]" And Matthew seems to have felt no compunction about using Lord; he uses it more than 70 times.

To understand this, we must start by looking at the word itself. And the Hebrew word – the one used in the Old Testament[3] – was shâmayim, and it meant the sky. By implication in some uses it meant the heavens, the realm of the stars. The Greek word from the New Testament is ouranos, and it has almost precisely the same meaning.

These words did not mean "God's paradise." No matter how ubiquitous that usage may be in the modern world, it is simply not what the scriptures mean.

The only other possibility I can find for Matthew using this word in this way is that a few writings from the time of the Maccabees use heaven as a euphemism for God. But since Matthew uses "God" more than 50 other times, that goes out the window as well.

My conclusion is that the author of Matthew used heaven (more properly "the heavens," though not all translators agree) because he thought "heaven" or "the heavens" was truer to the original meaning.

To understand this phrase, then, we must combine these things:

The combined meaning of God and heaven, which gives us something like "the higher realm," "the highest realm," or "the realm of God."

The meaning of kingdom. We can leave it as "kingdom," of course, but since the Hebrew Bible rather rules out the typical meaning (1 Samuel 8 puts all earthly kingdoms in a bad light), we're left with "the way of," and we go back to the examples of Genesis 3 and 6.

We need to integrate this with the fact that Jesus described it as good news.

All told, we're left with the kingdom of God meaning something like, "the way of the higher realm." That matches the meanings of the words, and it would very definitely be good news. So then, we might render the Mark 1:15 passage this way:

The time is has arrived and the way of the higher realm has come to you. Shift your consciousness and absorb this good news.

This, of course, combines very nicely with the "advanced man" model of Jesus we've used in other discourses. It paints a complete picture, including the quality of the statement, that it was great news.

The Kingdom of God PART 1: Introduction

Proof that the Bible is Anti-Government

1 Comments in Response to The Kingdom of God PART 2: The Good News

Perhaps it is for Part 3 or some other Part, but Jesus also says that the kingdom of God is within you. Jesus is dynamic. He isn't there to make all kinds of sermons like Part 2 is. His simple, direct speaking is the energy that carries one forward. Jesus knew that by expressing things the way He did, He was actually pushing some of the people over the edge into believing in His salvation, and so to be saved. Saved by the fact of the Kingdom then being in them, since they were almost forced to believe His words by the way He said them. But it seems that we don't really see the Kingdom of God established, yet. When will it come? When you wake up in the resurrection, the next thing you WILL see is the Kingdom, even if you died 5,000 years ago.