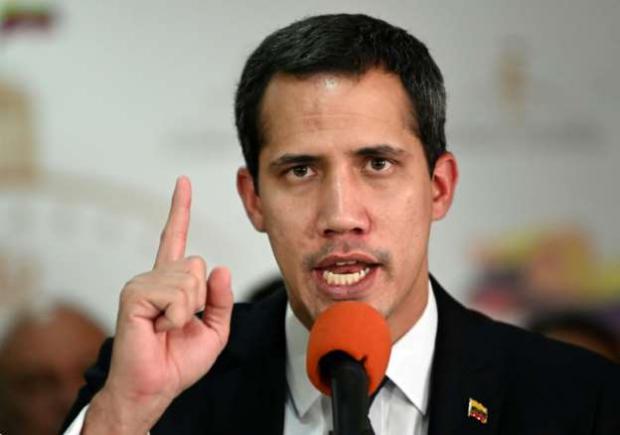 Venezuelan Usurper Guaido to Be Charged with High Treason?

The Bolivarian Republic's electoral process is "the best in the world," Jimmy Carter earlier explained.

It's scrupulously open, free and fair, affirmed by independent monitors every time elections are held — polar opposite the money controlled US system.

One party with two right wings wins every time, what political dirty business as usual is all about — fake democracy, never the real thing, a notion the US ruling class abhors.

If voting changed anything in the US it would be banned. The nation's founders created a system to be run exclusively of, by, and for its "rich, well-born and able," John Adams explained.

Alexis de Tocqueville was wrong. Hypocrisy, not democracy, defines how America is governed – an increasingly totalitarian plutocracy, oligarchy and kleptocracy.

Rule of the people always meant its privileged class. The Constitution's general welfare clause (Article I, section 8) applies to them exclusively — at the expense of most others.

Democracy in America is fake, elections farcical when held. The world's richest nation doesn't give a hoot about its ordinary people, exploiting them for profit.

The supreme law of the land deters no US president or sitting government from doing whatever they please, inventing reasons as justification. Ordinary people have no say over how the country is run — for powerful interests at their expense.

Venezuelans have the real thing — democracy the way it should be, a model for other nations to emulate. It's why dark US forces want it eliminated, plotting for tyrannical pro-Western puppet rule to replace it.

Guaido is the latest in a long line of US-designated puppets, a usurper in waiting if Trump regime hardliners prevail over Bolivarian equity and justice.

Most Venezuelan resources are used for social benefits — a system Republicans and undemocratic Dems want eliminated.

Planned long in advance by his US handlers, Guaido, a political nobody artificially elevated to prominence illegally, self-declared himself interim Venezuelan president last January.

Nothing in Venezuela's Constitution permits it. Article 233 was illegally used, stating the following:

"The President of the Republic shall become permanently unavailable to serve by reason of any of the following events: death; resignation; removal from office by decision of the Supreme Tribunal of Justice; permanent physical or mental disability certified by a medical board designated by the Supreme Tribunal of Justice with the approval of the National Assembly; abandonment of his position, duly declared by the National Assembly; and recall by popular vote."

"When an elected President becomes permanently unavailable to serve prior to his inauguration, a new election by universal suffrage and direct ballot shall be held within 30 consecutive days. Pending election and inauguration of the new President, the President of the National Assembly shall take charge of the Presidency of the Republic."

Nothing stated above applies to Maduro, his legitimacy as Venezuela's president affirmed judicially. The Trump regime's attempt to replace him constitutes a flagrant breach of international and US constitutional law.

No nation may legally interfere in the internal affairs of others, how the US operates worldwide, seeking control over other countries, their resources and populations — what the scourge of imperialism is all about.

Most world community nations reject Guaido's illegal power grab, his coup attempt supported by right-wing Latin American and European regimes, as well as several others — pressured, bullied, and/or bribed to go along with the flagrant breach of international and Venezuelan constitutional law.

Until now, his government failed to hold Guaido accountable for sedition and treason, the highest of high crimes against the state.

"We have initiated an investigation (into) an illegal negotiation behind the country's back (by Guaido) that intends to withdraw the historical claim our country has on the territory of Essequibo. The facts imply a crime of treason."

Preceding his remarks, Venezuelan Vice President Delcy Rodriguez accused Guaido of being part of a "criminal organization" — aiming to hand Bolivarian territory and resources to foreign corporations, including ExxonMobil.

In April, Guaido's parliamentary immunity was lifted. He faces various charges, including "usurping the functions of the president."

On Thursday, Maduro asked prosecutors to charge him with treason, urging "(t)he Public Ministry and the Attorney General's Office have to act expeditiously because pretending to deliver the Essequibo is a crime of treason to the Fatherland."

Maduro urged Venezuelans to defend the nation's "legitimate and non-renounceable" territorial rights over the Essequibo region.

Venezuelan Defense Minister Vladimir Padrino defended his country's claim to the territory, saying: "The Sun of Venezuela is born in the Essequibo."

The territory is located in southeastern Venezuela. It's rich in oil and other natural resources. It links the Caribbean Sea with the Orinoco River.

Venezuelan authorities have audio recordings between illegitimate Guaido envoy to Britain Vanessa Neumann and his "outside advisor" Manuel Avendano to "deliver the Essequibo" to ExxonMobil and other corporate interests, Rodriguez saying:

It's Venezuelan territory. In 1899, a US/UK grand theft scheme handed it to Guyana.

In 1966, weeks before country became independent from Britain, the Treaty of Geneva stipulated that Venezuela, the UK, and then-British Guiana would resolve Venezuela's claim that the "Arbitral Award of 1899 about the frontier between British Guyana and Venezuela is null and void."

What's likely next? Will Guaido be formally charged with treason, arrested, jailed and prosecuted?

He was guilty of the highest of high political crimes against the state by illegally self-declaring himself interim president in January — attempting to illegally usurp power in cahoots with the Trump regime.

Accountability for his criminal actions is long overdue!