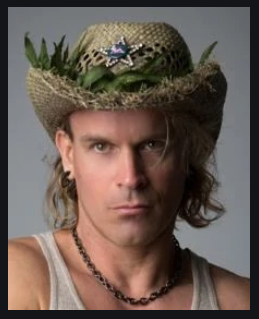 Want to find out more or weigh in on how City College (CCSF) is run? This Thursday afternoon is your opportunity:

They've advertised "Free refreshments and food will be provided" – an opportunity to get some of your tax money back.   :-)

I just signed up for a couple classes at CCSF, and as a new student this semester I have encountered a couple disturbing privacy / surveillance society issues which I intend to bring up at this event. I would appreciate anyone coming to join me in opposing these invasions of privacy at the hands of big government and big corporations. Even if you are not a student or school employee, this is your tax money being spent and you have every right to be there and weigh in!

Read on for details on these two issues...

(1) The company that CCSF contracts with to provide phone assistance to students is recording people's calls without the callers' consent.

Calling this company at (415) 239-3711, you could easily assume you're calling City College itself. They have a local 415 area code number with a 239 prefix just like a whole bunch of other offices at the college do. And when you connect, a recording tells you, "Thank you for calling the City College of San Francisco help desk." Nevertheless, all the several personnel I've reached at this number have told me, when I've asked their location, that they are in Florida. And according to a supervisor I spoke with there, the Florida office is just one of numerous offices of what I elicited is in fact an independent private company by the name of Ellucian (https://www.ellucian.com), which according to their website has 3,000 employees, 115 "partners", and headquarters located in Reston, Virginia.

No doubt there are hundreds of big companies around that part of Virginia in the vicinity of D.C., not to mention hundreds of government agencies. However for reasons I go into below, it seems worth noting that Ellucian's headquarters in Reston shares the same Virginia county, Fairfax, with the unincorporated town of Langley, known mainly for being the home of the U.S. Central Intelligence Agency. According to OpenStreetMap.org (https://www.openstreetmap.org/directions?engine=fossgis_osrm_car&route=38.9531%2C-77.1523%3B38.9490%2C-77.3645#map=12/38.9417/-77.2574), CIA headquarters and Ellucian headquarters are a mere 23 minutes apart by car.

Now consider a few facts about Ellucian culled from its corporate website (https://www.ellucian.com):

• "Ellucian is the world's leading provider of software and services that power the essential work of colleges and universities (around the globe)."

• "Ellucian works with more than 2,500 institutions in more than 50 countries—enhancing operations and enriching the experience for over 20 million students."

• "700+ Customers use Ellucian's Cloud Solutions" (over 1,400, according to the company's LinkedIn page). [When you hear "cloud", think someone else storing (i.e. controlling) your information; "customers" presumably means educational institutions]

Please understand I'm not saying this company has any connection whatsoever to the CIA or any other government intelligence agency. And yet! If you were a senior spook thinking about ways to gather information on key people in other countries (or the U.S. for that matter), wouldn't institutions of higher learning around the globe, where future political movers and shakers are getting their educations, maybe with a few personal indiscretions along the way, be exactly the kind of places you'd want to closely monitor and mine for data? And wouldn't it be convenient if you had an inside track of some kind, so that instead of having to send people to go and spy on all these institutions, you got the institutions to willingly provide you with their students' information?

Now I realize I'm getting deep into conspiracy theory territory here, and it should be noted that – as you probably know – recording phone calls without the consent of callers (or that of employees answering the phones either, presumably) is sadly far from unique to Ellucian. Lots of big corporations and agencies are doing this and apparently getting away with it. Comcast does it. San Francisco's 311 information line does it too – and that is another can of worms worthy of a separate email! PG&E does it, although they offer an opt-out you can use by spending more time waiting to be transferred to a "do not record" line. And there's quite likely a perfectly innocent explanation behind the company's name as well. Nevertheless I do find it mildly interesting that phonetically, "Ellucian" looks like it could be pronounced quite like "illusion" – which on the offhand chance Ellucian is an intelligence agency front company, would make a great inside joke around the water cooler at Langley. I can imagine them also having some laughs over the company's advertised commitment to "lifelong learning", if this were in fact a commitment to helping the U.S. government learn about you your entire life.

But even if Ellucian is nothing more than a typical big company, they still shouldn't be making secret recordings of your calls to which you do not have access just because you are trying to get some information or help in attending City College. If they insist on doing this, CCSF shouldn't be doing business with them.

(2) Students are being pressured to open email accounts with another large corporation, in this case a very powerful one that is already well known for harvesting people's information:

Beginning November 1, 2012, CCSFmail will be the official email used for all students. All official CCSF communications will be sent to this account and not to any other email accounts..

Official CCSF communications contain information that students must have in order to conduct business with the College and for which they will be held accountable. Examples of official communication can include, but are not limited to: web registration date, placement testing and pre-requisite information, financial aid information, online class access, knowledge of information mandated by federal, state or local laws, library materials reminders, and faculty communication to students

The email I received containing the above notice also included a web address:

As I discovered upon clicking it however, it takes you immediately to this page:

Yes, a log-in page for Google, asking you to enter your Google account information, or create an account if you don't already have one. In other words, City College is apparently requiring all its students to use Google or risk missing important information from City College for which the school claims "they will be held accountable".

If Google is privy to the contents of all the official emails sent to students of San Francisco City College, what a gold mine of data! Imagine getting to see which classes everyone is signed up for, presumably even the grades they receive, information about money owed, disciplinary actions, etc. Even if all they know is which accounts are getting lots of City College emails at which times, they can probably tie this information to existing Google account information to determine the identities of most or all of those students, at the very least they are likely to know who attends CCSF and when. Sure, lots of us already voluntarily give Google our data to harvest. Lots of people even continue to use Google for web searches, despite the fact that there are more privacy-respecting search engines like Startpage.com and DuckDuckGo.com that offer comparable search capabilities without doing this. But it should always be our choice whether and when to share information with them.

See you on Thursday afternoon?