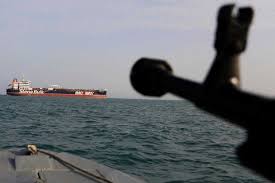 The action was authorized by the nation's judiciary, reported by the IRGC on Sunday.

According to IRGC official Ramezan Zirahi, the vessel "receiv(ed) fuel from other ships and was transferring it to (unnamed) Arab countries of the Persian Gulf."

Fars News reported that the tanker with crew aboard was taken to Iran's Bushehr Port, "its cargo (turned over) to the National Oil Distribution Company (NODC) of Bushehr province."

In mid-July, Iran's IRGC announced the seizure of a foreign tanker it accused of "smuggling" one million liters of fuel, a statement saying the following:

"After being assured that the foreign ship was smuggling fuel and under the order of Iranian judiciary officials, IRGC nav(al) forces seized the vessel in a surprise operation," adding:

"After receiving the smuggled fuel from some Iranian small vessels, the foreign ship, which has the capacity of carrying two million liters of fuel, was to deliver its cargo to other foreign vessels far from the Iranian island."

On July 19, IRGC naval vessels seized the UK-flagged Stena Impero tanker for provocatively breaching the right of "innocent passage" in Iranian Hormuz Strait territorial waters — a UN Convention on the Law of the Sea (UNCLOS) violation.

The IRGC reported that the vessel improperly veered off course, rammed an Iranian fishing boat, injuring its occupants, and failed to assist them as maritime law requires.

As international law permits, Iran is committed to defend its land, sea, and aerial sovereignty against hostile actions by foreign nations — notably the US, Israel, the Saudis, and UK.

Separately, a Iranian fighter jet crashed in Bushehr province, two crew members on board reportedly safe, no details released on the incident so far.

Was the plane lost because of a technical problem as Mehr News reported, or was something more sinister involved — perhaps connected to hostile Trump regime actions against the Iran, another shoe dropping, compounding its sanctions war.

On Saturday, Iranian Foreign Minister Zarif said a further pullback from the country's voluntary JCPOA commitments is coming if Britain, France, Germany, and the EU continue to breach their mandated nuclear deal obligations.

Zarif didn't explain what further steps Iran will take next. What's coming is full restoration of Tehran's legitimate pre-JCPOA nuclear rights if Europe continues to ignore its obligations under the deal.

Based on its unacceptable actions since May 2018 and no indication of a policy change, the JCPOA is effectively dead.

Years of work preceding it were for naught because of US hostility toward Iran, Europe going along with its policy.

Most often, its nations fail to assert their sovereign independence, operating like US colonies instead.