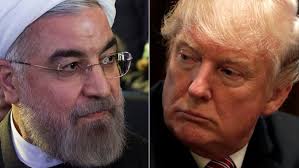 For years, the CIA and Israel's Mossad collaborated unsuccessfully to undermine Iran's legitimate nuclear program, including by assassinating its nuclear scientists and cyberwar.

"Iran is cooperating with many countries in countering the US spy networks. Tehran shared (its) intelligence information on the uncovered structure with a few states. According to our data, this network was also operating in a number of other countries."

"The identified spies were employed in sensitive and vital private sector centers in the economic, nuclear, infrastructural, military and cyber areas...where they collected classified information" for transmittal to the US.

In June, Iranian intelligence "penetrated the (CIA's) safe (communication) system in cyberspace" — used by the agency for spies in the field to transmit information to Langley undetected until Iran cracked the system, a statement saying:

"This is the first time that an expansive active American espionage network operating on the Internet platform across the international arena has been detected" and dismantled, adding:

"The Americans sensed danger after this development, finding their spies to be subject to threats."

"Therefore, they put out an international recall, taking their spies of various nationalities out of the targeted countries. As a result, they lost a big intelligence network."

Photos of the captured CIA spies were published online, some sentenced to death, others to longterm imprisonment for betraying their country to imperial USA.

They operated in unlinked cells. "Since the CIA abuses the process of US visa applications, some of the Iranian citizens get into the visa trap, and they are asked to be hired as spies in return for a US visa," adding:

"Some others who intended to maintain or extend their visas, have been framed up by the CIA, in violation of the US laws. Some of the CIA's baits managed to escape this trap with the help of their lawyers."

Langley operatives masquerading as members of the US diplomatic corp contact Iranian nationals at scientific and other conferences in Europe, Asia, and Africa.

They try seducing them with offers of emigration to the US, employment, and cash bribes in return for supplying Langley with information it seeks.

"Something in common among all members of this network is the promise to guarantee spies safety both in and outside Iran, and the full assurance about not being detected by Iranian counter espionage, according to Tehran's Intelligence Ministry — stressing that promises made are hollow.

When CIA spies are captured, the agency disavows knowledge of them, leaving them hung out to dry on their own.

Most everything Trump says lacks credibility. He's so conditioned to lying he's likely no longer able to distinguish between facts and fiction.

As Trump's CIA director before shifted to State, Pompeo is well versed in Langley espionage against Iran.

Following the disclosure, he unsuccessfully tried removing egg from his face, telling Fox News on Monday:

"I can't add much to it specifically. I would urge everyone who's reading that story that the Iranian(s) ha(ve) a long history of lying (sic)."

"It's part of the nature of the Ayatollah to lie to the world (sic). I would take with a significant grain of salt any Iranian assertion of Iranian actions taken (sic)."

In April, Pompeo said when "I was the CIA director, we lied. We cheated. We stole."

Make you own judgment about his above remarks. I can't recall anything important he said about Iran that was truthful, just the opposite time and again.

On last Sunday's US propaganda talk shows, he said the following about Iran.

"(W)e've got now 40 years of bad behavior from the Islamic Republic of Iran (sic), and I must say, there are no indications they're slowing down (sic)" adding:

"They are a force for bad things all across the world (sic). We don't seek conflict with them (sic).

Diogenes would search in vain for an honest remark in the above rant, other than Iran's legal seizure of a UK tanker for its maritime breach, and downing a Pentagon UAV — in its airspace illegally after being warned multiple times to leave and not responding.

Asked if he successfully built a coalition to confront Iran, Pompeo admitted lack of success in less than so many words.

Other than maybe Israel, the Saudis, UAE, and possibly Britain, other nations want peaceful relations with Iran, not confrontation — a nonbelligerent state threatening no one.

Its legitimate nuclear program has no military component. It's a good neighbor, not "a bad actor" according to Pompeo — an apt description of the US and its imperial partners in high crimes.