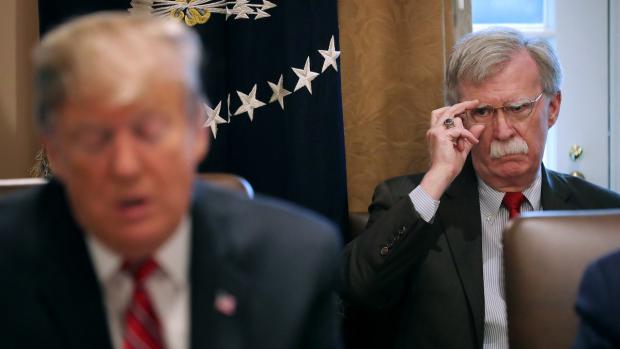 At a Tuesday cabinet meeting, Trump defied reality saying "a lot of progress" was made on US policy toward Iran.

He breached international law by withdrawing from the JCPOA nuclear deal, along with imposing multiple rounds of flagrantly illegal draconian sanctions on Iran — wanting its oil and related exports reduced to zero, its economy crushed, and its people immiserated.

That's how Trump perceives "progress." His regime's hostility toward Tehran risks unthinkable war against a nation able to hit back hard against aggressors and their partners in high crimes.

During the Tuesday cabinet meeting, Pompeo ignored reality like Trump, saying Iran may be willing to negotiate with the US on its ballistic missile program.

Neither the JCPOA or other international law prohibits it. It's vital for Iran's defense and won't be compromised by unacceptable Trump regime demands.

"Iran's (missile program) and its missiles are absolutely and under no condition negotiable with anyone or any country, period."

At the cabinet meeting, Pompeo recited a litany of bald-faced Big Lies. He lied claiming "we've taken down the (ISIS) caliphate (the US created and supports) nearly in its entirety."

He lied calling Iran "the world's largest state sponsor of terror" — the dubious distinction applying to the US, NATO, Israel, and their imperial partners in high crimes.

He lied claiming "(w)e've supported the Iranian people" the US doesn't give a damn about or ordinary people everywhere, including at home — wanting them cowed into submission and exploited as serfs for Wall Street and other corporate predators.

He lied saying "the largest threat to Middle East security is…the Islamic Republic of Iran." He lied claiming "(w)e (took) down 90%, maybe 95%, of all the crude oil that was being exported from Iran…"

China alone is buying millions of barrels of Iranian crude and large amounts of its liquified petroleum gas.

Pompeo repeated the Big Lie that won't die about Iran aiming to develop nukes, while ignoring nuclear armed and dangerous Israel, the only Middle East country with these WMDs other than perhaps US ones deployed in the region.

He lied saying "(w)e're not looking…for regime change." It's been a key US objective since Iran's 1979 revolution.

Hostile Trump regime actions against the country and its people are all about pursuing regime change. They're unrelated to the Big Lie claim about Iran pursuing nukes.

Separately on Tuesday, Iranian Foreign Minister Zarif said his government is open to talks with the Trump regime if it returns to the JCPOA and removes unlawfully imposed sanctions.

"It is the United States that left the bargaining table," not Iran, Zarif stressed, adding: "And they're always welcome to return" if the regime fulfills its mandated international obligations.

As far as pursuit of nuclear weapons, he stressed that Iran has no interest in developing them, adding: "Had (it been otherwise), we would have been able to do it a long time ago."

"But I don't think they'll succeed because at the end of the day, I think prudence will prevail. People know that Iran is a big, proud country. And we will not take a military attack lightly."

"Only a few hours would be enough for us to implement all of our (JCPOA) commitments…But in the current situation, Europeans should ask US to give up its tyrannical sanctions against Iran…"

Its legitimate uranium enrichment amount and purity level were increased "to show the world that it's not facing a weak-kneed country, but a civilized and historical nation."

"In the current situation and given the developments occurring in the regional and global stage, Iran's JCPOA partners have no way but staying committed to their obligations and according to the deal, there must be no sanctions against Iran."

Instead of fulfilling their JCPOA commitments, European countries breached them, going along with the Trump regime's unlawful pullout.

If their leaders don't assert their nations' sovereign independence by breaking with White House policy toward Iran, the JCPOA is dead, the risk of potentially devastating war heightened.