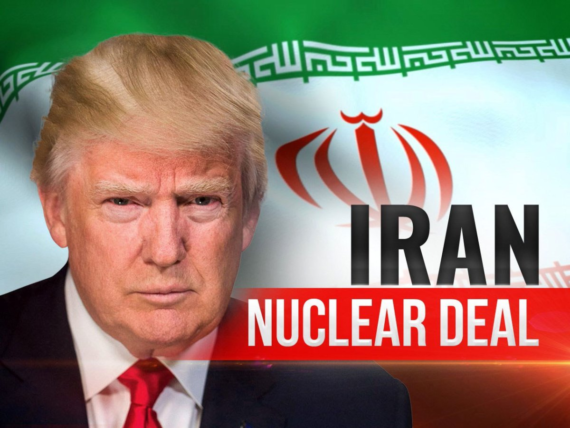 EU Subservience to the US Killed the JCPOA

Breach of JCPOA provisions by Britain, France, Germany, and the EU killed the agreement. It's obituary alone remains to be written.

On Monday, Russian International Affairs Council director general Andrey Kortunov was right blaming the Trump regime's "unilateral withdrawal from (the deal for) exacerbat(ing) tensions and worsen(ing) the situation in the region drastically."

Time and again, EU nations are subservient to US geopolitical interests even when harming their own — operating like colonies at the expense of their sovereign independence.

Can the JCPOA be resuscitated? It's only possible if Europe breaks with the US on this issue, refusing to support its illegal sanctions on Iran, supporting the right of its enterprises to trade with Iran normally, and retaliating against US firms if the Trump regime dares deny European ones access to the US market for circumventing its sanctions on Iran.

After the White House withdrew from the JCPOA, a joint statement by EU foreign policy chief Federica Mogherini, together with UK, French and German foreign ministers, falsely said "effective financial channels" with Iran remain open despite US reimposition of sanctions, adding:

"This is why the European Union's updated (1996) Blocking Statute will enter into force on 7 August (2018) to protect EU companies doing legitimate business with Iran from the impact of US extra-territorial sanctions."

"The remaining parties to the JCPOA have committed to work on, inter alia, the preservation and maintenance of effective financial channels with Iran, and the continuation of Iran's export of oil and gas."

At the time, a separate European Commission statement said "lifting of nuclear-related sanctions is an essential part of the" JCPOA.

"It aims at having a positive impact not only on trade and economic relations with Iran, but most importantly on the lives of the Iranian people."

"We are determined to protect European economic operators engaged in legitimate business with Iran, in accordance with EU law and with UN Security Council Resolution 2231" – unanimously affirming the JCPOA, making it binding international law, the EC adding:

"This is why the European Union's updated Blocking Statute enters into force on 7 August to protect EU companies doing legitimate business with Iran from the impact of US extra-territorial sanctions."

Brussels is "committed to work on…the preservation and maintenance of effective financial channels with Iran, and the continuation of Iran's export of oil and gas."

Nearly a year later, Europe's lofty rhetoric proved hollow, siding with the US against Iran instead of opposing the Trump regime's pullout, its policies polar opposite its pledge.

It's further proof that Europe and the US can never be trusted. Years of negotiations and willingness of Iran to sacrifice its legitimate Nuclear Non-Proliferation Treaty (NPT) rights in return for normalized relations with the West are lost because of Europe's betrayal.

Under JCPOA Articles 26 and 36, Iran may legitimately return to pre-agreement uranium enrichment amounts and purity level, along with its other legitimate nuclear operations, if other signatories breach their obligations.

That's precisely what happened. After the Trump regime illegally pulled out, Europe followed suit by failing to honor what it's mandated to observe — while Iran remains in full compliance with the deal.

On Monday, EU foreign policy chief Mogherini falsely said Tehran is in "noncompliance" with the agreement, but its actions are not "considered to be significant…"

She also falsely claimed "(t)he deal is "still alive," adding "(w)e hope and we invite Iran to reverse these steps and go back to full compliance with the agreement."

The hypocrisy is self-evident. The US and Europe breached the deal but demand Iran observe it — despite losing economic, financial, and trade benefits mandated by the agreement.

Gaining them is why Tehran agreed to sacrifice its legitimate NPT rights demanded of no other nations with nuclear operations.

Nonbelligerent North Korea is a separate issue, its nuclear weapons developed because of the genuine fear of US aggression, wanting them only for defense.

On Monday, Atomic Energy Organization of Iran (AEOI) spokesman Behrouz Kamalvandi said Tehran will resume its pre-JCPOA nuclear operations, its legal right, if Europe remains in noncompliance with its obligations mandated by the deal.

The JCPOA was supposed to be an "exchange deal," he stressed, but "what were were giving was way more than what we were getting in return."

Now that's lost because of Europe's failure to fulfill its commitments, showing no signs of reversing its noncompliance.

Tehran was unambiguous saying it'll reverse its nuclear operations to what it pledged only if Europe honors what it's mandated to observe.

If the status quo remains, what appears most likely because of Europe's noncompliance, the JCPOA is dead.

What follows is uncertain. The risk of Trump regime belligerence against Iran remains an ominous possibility.

In his Monday remarks, Russia's Kortunov said "we know for sure that US President Donald Trump is not seeking war with Iran."

It's unclear if they'll sway him for belligerence on the country. What's unthinkable is possible.