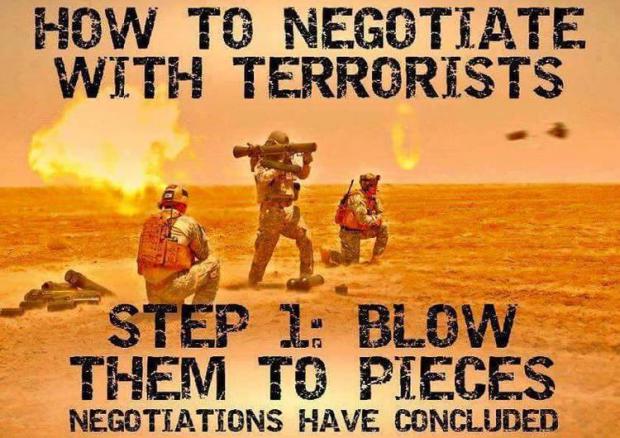 US Economic and Military Terrorism

Sanctions and tariffs are favored economic US weapons of war by other means, especially the former. They're used to inflict economic pain and collective punishment.

The Vienna-based International Progress Organization calls sanctions "an illegitimate form of collective punishment of the weakest and poorest members of society, the infants, the children, the chronically ill, and the elderly."

According to the Treasury Department, they're imposed on Russia, North Korea, Syria, Venezuela, Sudan, Cuba, Myanmar, Nicaragua, Iran, and other countries — as well as against entities and individuals in targeted countries.

Threats usually precede and accompany US actions — including unacceptable demands no responsible leadership would accept.

The Sino/US face-off is far more than about trade. Michael Hudson calls major differences between both countries "a full-fledged Cold War 2.0," adding:

"At stake is whether China will agree to do what Russia did in the 1990s: put a Yeltsin-like puppet of neoliberal planners in place to shift control of its economy from its government to the US financial sector and its planners."

"So the fight really is over what kind of planning China and the rest of the world should have: by governments to raise prosperity, or by the financial sector to extract revenue and impose austerity."

The US aims "to gain financial control of global resources and make trade 'partners' pay interest, licensing fees and high prices for products in which the United States enjoys monopoly pricing "rights' for intellectual property."

"A trade war thus aims to make other countries dependent on US-controlled food, oil, banking and finance, or high-technology goods whose disruption will cause austerity and suffering until the trade 'partner' surrenders."

Simply put, the US seeks dominance over all other nations, their resources and populations, wanting Yeltsin-like puppets installed everywhere serving its interests — why wars by other means and hot wars are waged, ongoing against multiple countries.

China's Vice Foreign Minister Zhang Hanhui earlier accused the US of "naked economic terrorism, economic homicide, (and) economic bullying" — indicating how far apart both countries are on major issues, Beijing not about to bend to unacceptable Trump regime demands.

"If the United States decides to cause so much pain on the Iranian people by imposing economic warfare, by engaging in economic terrorism against Iran, then there will be consequences," without elaborating, adding:

"We don't differentiate between economic war and military war. The US is engaged in war against us, and a war is painful to our participants."

"We have a very clear notion that in a war, nobody wins. In a war, everybody loses…the loss of some…greater than (for) others."

"(W)e exercise our (right of) self-defense…(Trump) announced that he is engaged in a war and economic war against Iran, and we have an obligation to defend our people against that economic war."

He'll fail to "achieve his policy objectives through pressure" and other toughness. His tactics may work in "real estate," not "in dealing with Iran" — geopolitics and business world's apart.

Nor will US toughness work against Russia, China, Venezuela, Cuba, North Korea, and other countries.

Under Republicans and undemocratic Dems, two right wings of the US war party, the nation is increasingly viewed as a pariah state, making more enemies than friends by forcing its will on other nations.

Hubris and arrogance are self-defeating longer-term. The US is a declining superpower in an increasingly multi-polar world, its post-WW II supremacy fading —  despite spending countless trillions of dollars to remain dominant globally.

It's the same dynamic that doomed all other empires in history, no exceptions, nor will the US be one – a nation in decline because of its hubris and arrogance, waging endless wars against invented enemies, and hardwired unwillingness to change.

The nation I grew up in before, during, and after WW II no longer exists — replaced by the imperial state, military Keynesianism, ruinous military spending, and endless wars of aggression against nations threatening no one while vital homeland needs go begging.

If humanity survives, an ominous uncertainty, America's epitaph one day may read the nation was consumed by its unattainable imperial rage for dominion over planet earth.

The US no longer is the world's sole superpower, not even the leading one.

Russian super-weapons outmatch the Pentagon's best, developed at a small fraction of the cost — intended solely for defense, never preemptively against another nation the way the US, NATO, Israel, and their imperial partners operate.

If attacked, Iran will exact a heavy cost on the US. The imperial state is no match against Russia's super-weapons. Nor would it fare well against China's growing military might.

If Washington left its puppet Kabul regime on its own, unaided by Pentagon forces, it would fall in short order, the same likely true in Yemen if Western weapons sales and support for Saudi terror-bombing ended.

The same can be said about other countries where US-installed or supported regimes cling to power with US military aid.

Like most of his predecessors, Trump is captive to dark forces controlling him, a businessman/TV personality transformed into a warrior president, escalating inherited wars, heading toward another against Iran if the world community doesn't stop the madness.

World peace and humanity's survival depend on whether the US can be contained. Its endless wars may destroy us all if a way isn't found to stop them.