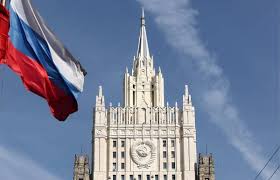 Turkey's Erdogan betrayed Vladimir Putin, flagrantly breaching their agreement on Idlib last September, promising to disarm terrorists in territory Ankara controls - instead giving them safe haven in Turkey, letting them move back and forth freely cross-border, supporting their terrorist attacks.

On April 8, Putin and Erdogan discussed Idlib in Moscow, achieving nothing toward liberating the province from control by US/Turkish-supported terrorists.

Separately, some progress was made toward freeing tens of thousands of Syrian refugees held captive by US forces in the Rukban camp near the Iraqi and Jordanian borders.

Around 1,500 got out, aided by Russian and Syrian forces, MZ saying "(a)ll necessary conditions meeting international humanitarian standards were created for them to return to their places of permanent residence," adding:

"(W)e took note of the report by the UN Office for the Coordination of Humanitarian Affairs (OCHA) which states that donor countries failed to fulfill their commitments on aid to Syrians on time. Out of the necessary $3.3 billion, only $180 million has been raised to date. Implementation of UN humanitarian programs is substantially delayed for lack of funds."

Russia and Syria are providing most humanitarian aid to civilians in need - the US, other Western countries and Israel supplying nothing, continuing naked aggression in the country, endless war because they reject resolution.

Refugees in the notorious al-Hawl camp are controlled by US-supported jihadists, masquerading as Syrian Democratic Forces, holding them captive as human shields, conditions in the camp disastrous, a worsening humanitarian crisis for its residents.

MZ discussed last week's Security Council session on Venezuela. Mike Pence used it as a platform for raging against Bolivarian social democracy - reciting a litany of bald-faced Big Lies, what imperial arrogance and hubris are all about.

It showed. He pretended imperial America supports "democracy and the rule of law." No nation flouts it more egregiously worldwide time and again than the US.

None pose a greater threat to everyone everywhere. Pence and other Trump regime hardliners continue "hammering home the message that 'all options are on the table.' "

"This is a matter of grave concern. Let me reiterate that the possible military scenario, if this is what representatives of the US establishment have in mind, would lead nowhere. It is dangerous, since it could bring about a civil war," MZ stressed.

She futilely called on Trump regime hardliners "to review (their) irresponsible plans that are at odds with international law," adding:

"We will continue to do everything we can to prevent the dangerous scenarios that we witnessed in a number of countries from taking place in Venezuela."

"We are glad that there is little support for this option within the international community, even though Washington regrettably persists in its efforts."

"…Pence…went beyond the bounds of decency when he called for recognizing" (imposter) Guaido…backing up his claims with ultimatums and threats of new sanctions."

"Representatives of the US…do not hesitate when it comes to breaking fundamental principles and norms of international and regional law as they seek to unseat the legitimate President of Venezuela."

"Washington conceals its disdain for the decades-old international legal framework behind the opaque notion of a rules-based world order and imposes it everywhere, including in regional and international affairs."

Russia's call for resolving conflicts and differences in Syria, Ukraine, Venezuela, and elsewhere diplomatically falls on deaf ears in Washington - toughness the only language it understands.

MZ: "Regarding humanitarian aid to Venezuela, there are no objective reasons for imposing it on Caracas. There are no hostilities taking place in the country. There were no natural disasters or epidemic outbreaks."

"This is what Washington is after, going to great lengths in order to make sure that every Venezuelan suffers and shapes his or her political position accordingly. Washington tested these tactics in many regions of the world."

Illegal US sanctions cost Venezuela tens of billions of dollars. "(G)ive them their money back. Lift the sanctions and the country will be back on track."

Russia fully complies with international laws, norms and standards. The US and its imperial partners repeatedly flout them.

The vast majority of Venezuelans want Bolivarian social democracy preserved and protected. Russia's support is vital to defeat the scourge of US US hands on the country.

Commenting on the forcible arrest of Julian Assange last week, a hostile act against truth-telling journalism, MZ slammed what she called "a blatant and brutal neglect of (his) human dignity" and fundamental rights, adding:

"The acts of persecution and harassment, creating inhumane conditions for him constitute burying the freedom of speech and the right to disseminate information. It is a strike against the rights of a journalist. No other opinion is feasible."