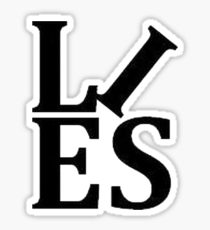 US establishment media are a national embarrassment, a collective lying machine on vital issues, a force for pure evil.

They feature managed news misinformation and disinformation, Big Lies, and fake news, truth telling on what ordinary people most need to know drowned out - operating in cahoots with wealth, power and privileged interests.

When the US goes to war or tries toppling sovereign governments by other means, they serve as imperial press agents.

They're in lockstep with the Trump regime's aim to topple Venezuela's Nicolas Maduro and eliminate its social democracy.

Because of its global reach and subservience to powerful interests since the mid-19th century, the NYT is worst of all.

It lied calling Venezuelans "hungry and desperate (sic)." It lied saying "(m)illions of Venezuelans have poured across borders into Colombia and other countries, fleeing repression (sic), corruption (sic) and a collapsing economy."

It ignored US sanctions war and other hostile tactics, largely responsible for economic hard times in the country, far short of dire conditions the Times sought to portray.

No one is starving or fleeing repression. Many crossing into despotic Colombia and Brazil returned home, fleeing abusive practices of these countries.

The Times shamefully called him "the legitimate leader of Venezuela" - siding with the Trump regime's flagrantly illegal coup plot.

The self-styled newspaper of record in its own mind praised neighboring Colombia, a notorious narco-terrorist state.

"(H)opes were high that the Venezuelan military would quickly change sides…" The aim was "the lynchpin" of the Trump regime's "strategy."

"Some US officials predicted that Venezuela's military would flip en masse within days. Nearly three months later," it supports Bolivarian social democracy over the Trump regime's aim to eliminate it.

WaPo quoted an unnamed former senior US official, saying Trump hardliners and Venezuelan opposition leaders "put too much hope in the military rising up."

"Hope is not a plan. We haven't been able to flip them. And we've been trying and trying."

He lied claiming "at least 20,000 Cuban military and intelligence agents are embedded in the Venezuelan armed forces (sic)," according to WaPo.

The above Big Lies and similar ones are clear signs of desperation - tiny Venezuela beating the US at its dirty game - a nation of 32 million people, mighty America 10-fold its size, its military and related apparatus infinitely stronger, a modern-day David and Goliath struggle, the good guy besting the devil.

The vast majority of Cubans in Venezuela are doctors, nurses, other healthcare personnel and teachers - the island state's leading exports along with good will, polar opposite how imperial USA operates.

Imposter Guaido was ill-chosen, a pathetic figure, a caricature of a leader, not the real thing, his anti-government rants increasingly drawing dwindling numbers of supporters. The vast majority of Venezuelans revile him.

According to WaPo, "some US  officials express(ed) exasperation with the Guaido-led opposition, which they see as failing to win the support of the Venezuelan armed forces…"

"The opposition hasn't gained their confidence," the former senior US official said, adding it's "done a lousy job…"

The Trump regime's best laid plans failed because the vast majority of Venezuelans want US dirty hands off their country.

So do its military leaders, key to defeating the plot short of direct US military intervention.

What's highly unlikely is possible if nothing ahead works. Hardline fascists infest the Trump regime and Congress. Put nothing past what they might try.

It's why support from Russia is vital - an effective counterweight to US imperial aims in Venezuela, Syria and elsewhere.