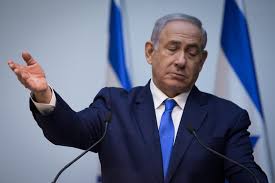 Why not! Elections in the US, other Western countries and Israel are rife with dirty tricks because these nations are fantasy democracies, not the real thing.

According to Haaretz, the Times of Israel, the Jerusalem Post and other Israeli media, hundreds (maybe thousands) of fake social media accounts are promoting Likud propaganda, Netanyahu's party, according to the Big Bots Project online watchdog group, saying:

Despite no clearly identifiable links to Netanyahu, the accounts are promoting the same message in cahoots with Likudniks.

Facing bribery, fraud and breach of trust charges, Netanyahu is desperate to cling to power, hoping to mitigate his post-election indictment and prosecution.

According to the report, the fake accounts are linked to Yitzhak Haddad. A YouTube channel he's associated with offered money for "responding on Facebook and on the internet with political messages," he said, adding:

"You just get political messages and you post them," admitting he created videos, saying he "post(s) them to Twitter (and) all kinds of places."

"I don't want to say tens of millions, but loads of money is being invested here. It takes money. There's no volunteering here," adding he's connected to "very senior people" in Likud.

His attorney denied "what was attributed to him" and threatened a million-dollar libel lawsuit against anyone publishing otherwise.

"On its busiest days, (it) sends out thousands of tweets a day…mobilized at climactic moments for Netanyahu, such as the announcement of the indictment against him."

According to the report, the network of fake accounts may violate Israeli electoral, campaign finance, privacy and tax laws. A Likud spokesman denied the existence of fake accounts, saying:

"All (party) digital activity is entirely authentic and is based on the great support of the citizens of Israel for Prime Minister Netanyahu and the great achievements of the Likud."

Another posting was by a woman claiming Gantz sexually harassed her in high school, no evidence cited proving it. Gantz denied the accusation. He sued Israel Hayom's editor-in-chief Boaz Bismuth for publishing the claim.

He sued him and correspondent Danielle Roth-Avneri for "a series of false reports concerting fictitious charges…published about him."

Both figures are in a tight race that can go either way, each seeking to get a leg up on the other, dirty tactics part of their strategy.