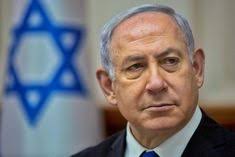 Netanyahu or His Clone for Israeli Prime Minister

Heading a so-called Blue and White party, he's unaccountable for high crimes of war and against humanity throughout his military service from 1977 - 2015.

He headed Israel's Ground Forces Command during the 2006 rape of Lebanon. Israel followed its so-called Dayiha strategy and tactics during the war and all others - named after a destroyed Beirut community.

He was IDF chief of staff during Israel's 2012 Pillar of Cloud and 2014 Protective Edge aggression against Gaza, responsible for massacring thousands, injuring many thousands more, mostly civilians.

Using banned weapons against Gazans, doctors reported treating horrific injuries never seen before, much of the Strip turned to rubble during 51 days of premeditated naked aggression - following the same thing twice before for shorter durations.

Like Netanyahu and virtually all other Israeli political and military officials, Gantz belongs in prison, not high office.

His message was clear. As prime minister, he'll govern like a field commander and chief of staff, ignoring the rule of law, operating by his own rules - notably against long-suffering Palestinians, Syria, Iran, Hezbollah, along with partnering with US wars of aggression.

Make no mistake. He's concerned about privileged Jews exclusively, figures able help him politically, not ordinary Jews in Israel or anywhere else.

He's mainly focused on advancing his career, attaining maximum power, influence and wealth - aided by Washington backing him as prime minister if he triumphs over Netanyahu.

It matters little to Israeli Arab citizens and occupied Palestinians whether he or Netanyahu triumphs on April 9. They're two sides of the same repressive/belligerent coin, each matching the other's ruthlessness.

In a video promoting his campaign, Gantz bragged about returning parts of Gaza "to the stone ages," boasting about war crimes, implying he'll do it again as prime minister, perhaps feeling he needs to complete what he left unfinished before.

Gantz tries having things both ways, celebrating war, mass slaughter and destruction while portraying himself as a statesmen yearning for peace he reviles - a warrior for nearly 40 years, to remain one as PM if elected in April.

His AIPAC address was a campaign stop before 18,000 attendees, including influential Republicans and undemocratic Dems.

Admitting he's "a soldier," stressing "(t)hat is who I am. That is what I do," he virtually promised wars of aggression with him as PM.

He lied saying "(o)ur battle orders include (lawful) rules of engagement and the 10 Commandments."

Throughout his military career, he showed indifference to rule of law principles and human rights - an unapologetic warrior, war criminal, and politician if elected one next month.