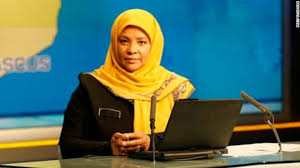 Thousands of political prisoners languish in America's gulag prison system domestically and abroad. The shame of the nation operates globally.

America is obsessed with mass imprisonment, punishment, commodifying targeted individuals to fill beds for its prison/industrial complex, a multi-billion dollar industry, a racist system harming the nation's most vulnerable, mainly poor Blacks and Latinos, along with being Muslim in America at the wrong and/or from the wrong countries.

Others are targeted for supporting ethnic justice, racial emancipation, political, economic and social equality across gender and color lines, or being unwanted aliens of the wrong race, religion, and/or ethnicity.

The nation's most vulnerable are victimized by judicial unfairness, get tough on crime policies, a guilty unless proved innocent system, three strikes and you're out, or being too poor to afford a proper defense with a competent attorney representing them.

The so-called "land of the free" is a fascist police state, breaching rule of law principles, mocking democratic values, terrorizing nations, groups and individuals opposed to its aim for global dominance.

Nearly two-and-a-half million human beings are locked in cages by the US, many in emotionally destructive isolation - held in federal and state facilities, local jails, Indian, juvenile, and military ones, US territories, as well as thousands of unwanted aliens held by Immigration and Customs Enforcement (ICE).

Most targeted individuals are imprisoned for nonviolent offenses, often illicit drug related, many guilty of no more than minor misdemeanors, many others wrongfully convicted, along with countless numbers for political reasons.

Born in New Orleans, a US citizen, dividing her time between the US and the Islamic Republic, Iranian Press TV journalist/anchor Marzieh Hashemi was unlawfully arrested and jailed on arrival at St. Louis Lambert International Airport - in America to visit her ill brother and other family members.

Reportedly she's in FBI custody, held in Washington. She's a friend. I've known Marzieh and been interviewed by her many times through the years on Press TV.

She's a superb professional I greatly respect. I'm appalled about her unjust arrest and abusive mistreatment, another example of a nation contemptuous of fundamental rights, norms and standards.

It's unknown why she was arrested, handcuffed, shackled, and otherwise mistreated like a criminal which she is not - likely because she's a Muslim from the wrong country in America at the wrong time, not for any criminal offense or wrongdoing of any kind.

A Muslim convert, she's been living in Iran for years. In custody, her hijab head covering was forcibly removed, photographed without it on arrival in detention.

She's only been given pork to eat, what Islamic law forbids, a likely willful affront for offering it, denying her bread and other halal food after she refused to eat what religious Muslims won't consume.

For 48 hours, she had a packet of crackers alone. A Press TV statement said the following, repeating some of the above information:

The broadcaster "would like to hereby express its strong protest at the recent apprehension and violent treatment of Ms. Marzieh Hashemi, born Melanie Franklin in the United States, who is currently serving as an anchor for the English-language television news network.

A female African-American international journalist, a mother and a grandmother, Ms. Hashemi has traveled to the United States to visit her family members, including her brother, who is suffering from cancer.

She was, however, arrested at St. Louis Lambert International Airport in St. Louis, Missouri on January 13, 2019 by US police, and transferred by FBI agents to a detention center in Washington, DC.

Ms. Hashemi has told her family in a phone conversation last night that she has been subjected to violent and abusive treatment from the very onset as described below:

Ms. Hashemi is yet to be arraigned or given a reason for her detention and imprisonment. She, herself, is at a loss to know why she should ever face apprehension.

Her family members were kept completely in the dark about her situation for two straight days following the arrest.

Immediately after arrest, she was forced to remove her hijab (the head covering for Muslim women) even though the authorities knew about her being a Muslim.

They allowed her only a T-shirt to wear, with her forearms being exposed against Islamic law. She was even photographed in that state.

The authorities running the detention facility have paid no heed to her religious preferences, despite her repeated protests.

She has been forced to use another T-shirt to cover her head so as to remain observant of Islamic values.

She has been denied halal food (food permissible under Islamic law), being offered only pork as meal and not even bread, which she has requested to avoid the meat.

Ms. Hashemi has had nothing to eat other than a packet of crackers since her apprehension. The resulting malnutrition, compounded by cold weather conditions, has made her weak and infirm.

The United States government is accountable for any potential harm or hazard that would affect Ms. Hashemi's mental or physical condition.

Accordingly, as part of the media community, we expect that all international media outlets set about relaying this affair without delay.

We, further, call for the immediate and unconditional release of Ms. Hashemi, and for the US government to apologize to both the journalist and the international media community for her treatment."

I tweeted the following message to the #FreeMarziehHashemi page:

I was appalled to learn about Marzieh's shocking arrest and mistreatment on arrival in America. I intend to inform my readers about the grave affront to her dignity and fundamental rights. I pray for her speedy release.

I condemn the brutal actions of a ruthless nation, things the same under Republicans and undemocratic Dems, two wings of America's war party, threatening humanity at home and abroad.

Add your thoughts by expressing support for Marzieh on the Twitter pages set up on her behalf.

"The United States of America must release Marzieh Hashemi who is suffering a clear violation of human rights on the basis of unspecified charges," adding:

"This is an assault on freedom of expression, undoubtedly her profession, and her religion have come into play as US authorities continue to treat her in such an inhumane and degrading manner."

"The Journalist Support Committee calls on the international community to speak out against the maltreatment of Marzieh Hashemi which is indicative of a worrying trend in this current Trump administration towards increased persecution of journalists."

Her son Hussein, a University of Colorado research fellow, said "(w)e have no idea what's going on. My siblings and I…have been subpoenaed to appear before a grand jury. We don't know what this is about or how it's unfolding," adding:

His mother "is harassed regularly. Every time she travels using air travel, she is pulled to the side. Each time it's an hour-long, even two-hour-long interview, interrogation. This has been going on for almost a decade now."

Unlawfully detained by the FBI since Sunday, the bureau failed to explain its action against a law-abiding figure guilty of no wrongdoing, no charges indicated against her.

Deputy chief of Iran's IRIB broadcaster Paiman Jebeli said "(w)e will not spare any legal action" to help her.

Her brother Milton Leroy Franklin expressed great concern for her welfare, saying "(t)here's no way of getting any word to her and she can't send any out. We're all in the dark and just waiting and praying that they release her."

According to Iranian Foreign Ministry spokesman Bahram Ghasem, Marzieh's arrest reflects the Trump regime's "apartheid and racist policy," adding: "We hope that the innocent person will be released without any condition."

The Islamic Human Rights Commission (IHRC) issued a statement, demanding unlawfully arrested and detained Marzieh Hahsemi be released. The organization urged the UN Rapporteur on Arbitrary Detention to intervene on her behalf.

Iranian Foreign Minister Mohammad Javad Zarif slammed the Trump regime, saying its action "is an unacceptable political move and a violation of freedom of speech. On that basis, the Americans should immediately end this political game."

Several Americans are imprisoned in Iran on legitimate charges, including espionage. Perhaps Marzieh's arrest and detention is part of a scheme to demand their release, holding her unlawfully until the Trump regime gets its way.