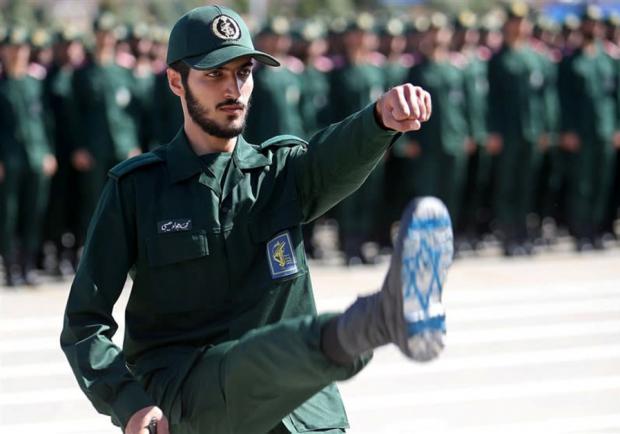 US/Israeli Iran bashing has been ongoing for nearly 40 years, regime change the objective of both countries.

Long-planned US naked aggression on the Islamic Republic may be coming if its political, economic, financial, and propaganda war fails to achieve its objective.

A year ago ahead of Trump's inauguration, a joint House/Senate Resolution 10: Authorization of Use of Force Against Iran Resolution was introduced.

Though not adopted, it called for "us(ing) the Armed Forces of the United States as the President determines necessary and appropriate in order to achieve the goal of preventing Iran from obtaining nuclear weapons" - knowing the Islamic Republic's legitimate nuclear program has no military component.

Time and again, its leadership called for eliminating these weapons. Nothing suggests they intend developing them, nor does any evidence indicate Iran threatens Israel, the US, or any other countries.

It's the region's leading proponent of peace and stability, its agenda polar opposite how the US, NATO, Israel, and their imperial partners operate.

The issue about Iran is its sovereign independence, its refusal to subordinate its sovereignty to US interests, the way all countries everywhere should operate.

US sanctions and other actions against the Islamic Republic are flagrantly illegal. Its claims about its regional policies are Big Lies.

It lied saying Tehran supports regional terrorist groups, adding "(s)ince 1979, Iran has made it a policy of state to actively direct, facilitate, and carry out terrorist activity globally" - a US, NATO, Israeli specialty, polar opposite how the Islamic Republic operates.

It lied claiming "Iran's development of ballistic missiles…pose a critical threat to regional security." The Islamic Republic's military and legitimate weapons are solely for defense.

Iran hasn't attacked another country in centuries. It threatens none now. The US, NATO, Israel, and their imperial partners threaten everyone everywhere.

A further litany of Big Lies followed, how the US operates ahead of and while pursuing regime change actions against targeted countries, Iran a prime one.

That's what US imperialism is all about, a diabolical plot for global hegemony by whatever it takes to achieve its aims, endless wars its favored strategy.

Will Iran be targeted in the new year? Will Trump regime hardliners go this far to replace its legitimate government with pro-Western puppet rule?

On Tuesday, Mike Pompeo and Benjamin Netanyahu met face-to-face. They vowed to continue jointly cooperating on countering Syria and nonexistent Iranian "aggression" - whether US forces stay or leave the Syrian Arab Republic.

Commenting for the first time on Trump's troop withdrawal announcement, Pompeo said it "in no way changes anything that this administration is working on alongside Israel," adding:

"The counter-ISIS campaign (sic) continues, our efforts to counter Iranian aggression (sic) continue, and our commitment to Middle East stability (sic) and the protection of Israel continues in the same way it did before that decision was made."

Netanyahu said that "(w)e're going to (continue) our intense (regional) cooperation" in countering Syria and Iran," turning truth on its head claiming Israeli actions are for "self-defense" - ignoring that the US and Israel have no enemies in the Middle East or anywhere else, just invented ones to unjustifiably justify waging forever wars.

When repeated endlessly, Big Lies take on a life of their own, Iran unjustifiably assaulted by them since its 1979 revolution.

Relentless US-led hostility toward the country failed to achieve its objectives? Is war on the Islamic Republic likely in the new year?

For sure, US/Israeli hostility toward Iran will continue intensively, perhaps escalate beyond what's now ongoing.

It's unknown how far Trump and Netanyahu will go. War remains an ominous possibility - risking Russian involvement if launched, heightening the chance for East/West confrontation beyond what's happened so far.

Previous articles discussed the ominous possibility of US launched global war with nuclear weapons, hardliners in Washington thinking they can win.

US war plans were prepared long ago and updated against all its adversaries, notably Russia, China and Iran.

The sole purpose of NATO is to pursue Washington's imperial objectives, including its endless wars, wanting ruling authorities in all sovereign independent countries eliminated.

US presidents are frontmen for their policies. Their aim to colonize and control planet earth may destroy it. Their drive for global hegemony should scare everyone.