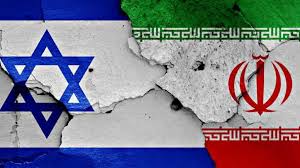 Israel's Rage for War on Iran

Iran is Israel's main regional rival - yet poses no threat to the Jewish state or any others.

Fabricated claims by Israel, the US, or other Western states otherwise have no credibility. Israel's only enemies are invented ones. Real ones don't exist.

For decades, Israeli regimes urged Washington to wage war on Iran, wanting its main regional rival and all others eliminated.

The infamous 1982 Oded Yinon document titled "A Strategy for Israel in the Nineteen Eighties" explained Israel's imperial agenda in clear, unambiguous detail - a regional divide and conquer strategy, needing US involvement to work.

The scheme was likely updated several times, the objective unchanged, including a greater Israel through a redrawn Middle East map.

To survive, the Jewish state falsely believes it must dominate the region and become a world power.

Achieving its objective requires partitioning Arab nations into smaller ones along ethnic and sectarian lines as Israeli satellite client states.

The late Israel Shahak said longstanding Israeli plans for regional control follow German "geopolitical ideas (from) 1890 – 1933, which were swallowed whole by Hitler and the Nazi movement, and determined their aims for East Europe."

Yinon called all Arab states east of Israel "riddled with inner conflicts." The Saudi and other Gulf states are "built upon a delicate house of sand in which there is only oil."

Jordan is in reality Palestine, Amman the same as Nablus, other regional Arab states similar, he said.

Since its 1979 revolution, Iran above all other regional states is Israel's main target for elimination.

Netanyahu repeatedly lies about an Iranian nuclear weapons program. None exists. The Jewish state is the only regional armed and dangerous nuclear power, along with maintaining banned chemical, biological and other terror weapons.

After eliminating Iraq as a regional rival, Syria was supposed to be next, isolating Iran, followed by a similar scheme to topple its government.

Perhaps it's why Trump pulled out of the JCPOA and imposed what his regime called the toughest ever sanctions on the country - unlikely to succeed as intended because of world community opposition.

Israeli and US hardliners are looking for ways to provoke Iran into something perhaps leading to direct confrontation, a way to blame the Islamic Republic for actions taken against it.

False flags and similar provocations are longstanding US ways for launching wars.

Attempting or succeeding to kill him would no doubt provoke Iranian retaliation, perhaps used as a pretext for military confrontation - possible full scale war, what Israel and the Saudi have long wanted.

If Iran retaliates against either country militarily, Washington would likely be drawn in to protect its allies, regimes in Rihadh and Tel Aviv achieving their long sought aims.

Israel, the Saudis and Washington want Iran's economy sabotaged - what toughest ever US sanctions are all about.

Solemani is heavily involved in helping Syria and Iraq combat US-supported ISIS and other terrorists - in an advisory capacity.

The Trump regime's Iran Action Group is all about plotting regime change.

If sanctions and other destabilizing efforts fail like every time before for nearly 40 years, is US aggression next - Israel achieving what it's long sought, mindless of how war on Iran could affect the entire region.

If Russia intervenes as in Syria, direct confrontation with Washington could follow, risking possible global war with nukes, the ultimate nightmare scenario.