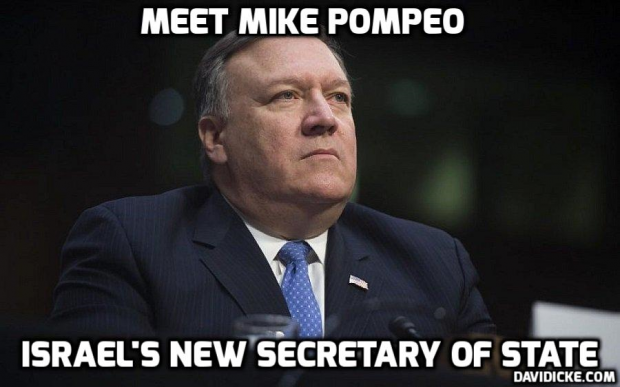 Illegal unilaterally imposed sanctions by the US against Iran and other countries amounts to waging war by other means.

Granting waivers to nearly all key purchasers of Iranian crude, along with EU opposition to US sanctions, assures stable, perhaps rising, oil exports at least through May 2019.

The Trump regime's "toughest" ever sanctions on Iran haven't and likely won't turn out as touted. The country has nearly 40 years of experience in dealing with ways to avoid much of their harshness.

Support from Russia, China, India, and the EU alone will likely mitigate their effects.

According to an unnamed EU diplomat, unilaterally imposed sanctions by the Trump regime leaves the US isolated in relations with Iran internationally.

With few exceptions, the world community supports normal political, economic, and financial relations with the country.

A second unnamed EU diplomat said "(i)t will be a difficult period but Iran's economy will withstand (US sanctions) for various reasons, including" because of  unilateral "US sanctions on other countries, Saudi Arabia having its own financial and political issues, and (trade war) between China and the United States."

Fitch analyst Andrine Skjelland said "Tehran is still likely to see a substantial share of its foreign exchange earnings maintained. This will (let its government) continue subsidizing imports of selected basic goods, keeping the costs of these down, and thus limiting inflation to some extent."

On Wednesday, Pompeo threatened Iran, saying its "leadership has to make a decision that they want their people to eat."

Does he have trying to forcibly block Iranian exports and imports, or perhaps intending US hot war on the country?

Attorney Tyler Cullis, specializing in US economic sanctions, said Pompeo "decided to wash his hands of (the potentially harsh) consequences (of Trump regime sanctions) by prematurely and conveniently pinning the blame on Iran's government."

Responding to Pompeo's disgraceful remark and the Trump regime's unlawful sanctions war, Iranian Foreign Minister Mohammad Javad Zarif blasted him, accusing the US of crimes against humanity in Yemen and regarding Iran, tweeting:

"You know what @SecPompeo? It's the Yemenis themselves who're responsible for famine they're facing."

"They should've simply allowed your butcher clients — who spend billions on bombing school buses & 'millions to mitigate this risk' — to annihilate them w/o resisting. #HaveYouNoShame."

"Just as with Yemen, @SecPompeo blames Iran for unlawful US sanctions preventing Iranians' access to financial services for food and medicine."

"Naturally, we will provide them for our people in spite of US efforts. But US is accountable for crimes against humanity re Iran & Yemen."

The same is true about all US wars of aggression, along with partnering with longstanding Israeli state terror against long-suffering Palestinians, as well as harming most Americans by serving domestic monied interests at their expense.

US sanctions on Iran exclude food, medicines, and other humanitarian goods. Without an alternative to the international SWIFT financial transactions system, banks will be reluctant to deal with Iran normally.

"We hope that EU is committed to bringing their words into action and comply with their agreements with Iran regarding the implementation of a financial mechanism," circumventing SWIFT, so far not in place because of heavy US/Israeli pressure against it and normal relations with Iran overall.

Nanvakenari and other Iranian officials are concerned about the failure of Brussels to fulfill key promises made so far, hopeful for their full implementation ahead.

On September 24, Iran together with Russia, China, Britain, France and Germany (the P5+1 countries minus America) issued a joint statement, announcing a "Special Purpose Vehicle" to facilitate normal trade economic, financial, and trade with the Islamic Republic - circumventing SWIFT and unilateral US sanctions.

Six months after the Trump regime's unlawful JCPOA pullout on May 8, promises made by Brussels remain to be fully implemented.