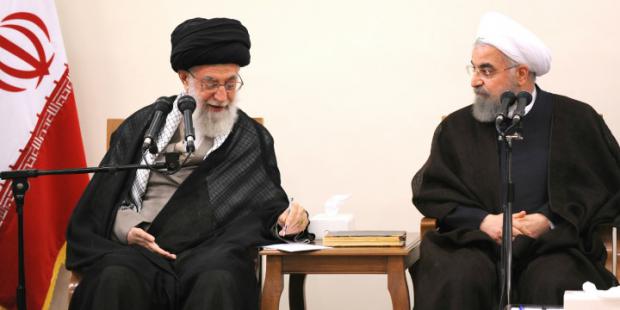 "President Trump told me that if Iran does anything at all to the negative, they will pay a price like few countries have ever paid before."

Under Republicans or undemocratic Dems, America doesn't deal. It demands, offering nothing in return but empty promises - consistently breached, proving it can never be trusted.

Last week, Ayatollah Khamenei said he "long pointed out that it is not possible to count on the words and even the signatures of the Americans, so negotiations with the United States are of no avail." They're "useless," adding:

Washington won't "be satisfied with anything less" than transforming the Islamic Republic to pre-1979 harshness. It's a "blatant mistake" to believe negotiating with the US can accomplish anything positive for the Iranian people.

Netanyahu praised hostile Trump and Pompeo anti-Iran rage, saying he supports "the strong stance (they) expressed," falsely accusing Iran of "aggression" - a US and Israeli specialty the Islamic Republic abhors.

"We will not give up on our revolutionary values and beliefs and we will stand against imperialists and tyrants, and those few who have fallen for this psychological warfare of this crazy president should know that he wishes the destruction of all of us. Our people and our armed forces will stand up to enemies and will not yield."

Iranian military official Gholamhossein Gharibpour accused Trump of conducting "psychological warfare" against the Islamic Republic, calling him a "crazy president (who) wishes the destruction of us all."

Iranian Parliament Speaker Ali Larijani called Trump a "demagogue" whose remarks "do not deserve a response."

Tehran University Professor Mohammad Marandi explained "(i)t is crystal clear to people that US animosity has no limits…especially (how) the incumbent US administration tries to annoy Iranian people as much as possible," adding:

"Anyone who talks about negotiating with the US is harming Iranian people out of grudge, treason, or ignorance."

His hostile remarks "more than ever reveal the utter helplessness of the US government after its illegal withdrawal from the nuclear deal and its failure to achieve the goals of this unwise and one-sided move which made Washington globally isolated."

"Such words are precisely in line with the US' long-term policy of destabilizing the region, which is a violation of its international obligations."

The Trump regime is "dishonest not only with the people of Iran, but also with" Americans, adding:

"Throughout history, Iranians have never accepted any foreign domination and bullying policies."

"…Iran will not pay heed to the policies of the current president and warmongering minority in the US. (They oppose) ethical, human, legal, and international norms."

"Their speeches and behaviors are devoid of any authenticity..They are not trustworthy as many of their own friends and allies admit."

It's a frontline state, combating the scourge of terrorism Washington, NATO, Israel and its rogue allies support.

It withstood US political, economic and hot war. Stronger today than earlier, it's not about to surrender its sovereign independence to imperial America now or ahead.