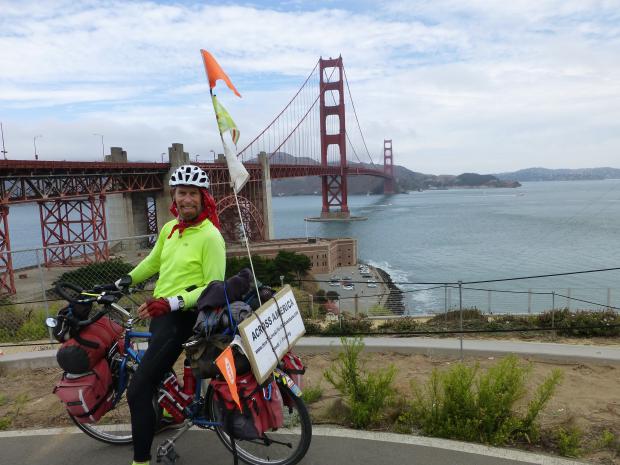 As the United States Congress continues to import 1.1 million legal and 500,000 illegal immigrants into this country annually---enormous sociological pressures boil under the surface of America.

Liberal and conservative Americans fight one another tooth and nail.  The gridlock in Congress reflects a nation and its people at odds with itself and themselves.

On most news programs, you hear the same, "America was built by immigrants so we can't stop them from coming. I wouldn't be here if my parents didn't immigrate…."

Writer Gary Gobel said, "For the same reasons that you no longer drink your mother's breast milk, we no longer need immigration. We are a mature nation of over 330 million citizens and we have somewhere between 12-20 million foreign nationals living in our country. We are a nation of expensive social programs and have all the non-assimilating ethnic diversity we can handle. Close the border and stop all immigration entirely till we get our mess straightened out."

"Diversity within a nation destroys unity and leads to civil wars," said social scientist Garret Hardin. "Immigration, a benefit during the youth of a nation, can act as a disease in its mature state. Too much internal diversity in large nations has led to violence and disintegration. We are now in the process of destabilizing our own country. The magic words of destabilizers are 'diversity' and 'multiculturalism'."

While we can no longer afford or survive endless chain migration out of the third world, more and more voices speak up to help all Americans understand our dilemma.

The ****hole Controversy Echoing Across America

Former Peace Corps worker Karin McGuillan reported on her harrowing experiences in Africa that should sober every American. She said,
"I wanted to donate two years of my life to make Africa a better place to live."  She further expands on why we cannot import third world cultures.

"Three weeks after college,' McGuillan said.  "I flew to Senegal, West Africa, to run a community center in a rural town.  Life was placid, with no danger, except to your health.  That danger was considerable, because it was, in the words of the Peace Corps doctor, "a fecalized environment."

"In plain English: sh*t is everywhere.  People defecate on the open ground, and the feces is blown with the dust – onto you, your clothes, your food, the water.  He warned us the first day of training: do not even touch water.  Human feces carries parasites that bore through your skin and cause organ failure."

Even after much time passing, immigrants continue their cultural norms.  They maintain their foundational habits.

"Never in my wildest dreams would I have imagined that a few decades later, liberals would be pushing the lie that Western civilization is no better than a third-world country," said McQuillan.  "Or would teach two generations of our kids that loving your own culture and wanting to preserve it are racism.  Last time I was in Paris, I saw a beautiful African woman in a grand boubou have her child defecate on the sidewalk next to Notre Dame Cathedral.  The French police officer turned his head not to see."

McQuillan decided not to turn her head and look away.  She bravely wrote about it.   Whether the people of Senegal, Ethiopia, Congo, Sudan and/or Mumbai, India, or any other third world country---they do not reflect American cultural and hygienic standards on multiple levels.  Sixty percent of Indians do not use a toilet; they use the land.  The excrement is the least of it.  Our basic ideas of human relations, right and wrong, remain incompatible.  (Sources:  "Lack of Toilets in India" Indian Express.)

Senegalese citizens consist of Moslems with up to four wives.  Girls face having their clitorises cut off at puberty; known in Western countries as female genital mutilation. Honor killings remain a matter of normal social operation when a woman no longer possesses value to her man.  The United Nations reports on honor killings: 54 women face honor killings daily in Moslem countries. That equates to 20,000 murders annually.

McQuillan witnessed women being worked half to death.

"Wives," she said, "Raised the food and fed their own children, did the heavy labor of walking miles to gather wood for the fire, drew water from the well or public faucet, pounded grain with heavy hand-held pestles, lived in their own huts, and had conjugal visits from their husbands on a rotating basis with their co-wives.  Their husbands lazed in the shade of the trees."

Today, in America, Moslem immigrants continue female genital mutilation by the thousands.  America now features honor killings and arranged marriages.  Americans have seen beheadings, fathers running over daughters with cars or shooting them, be-handings by Moslem immigrants. America faces regular terrorist attacks by Moslem immigrants. The majority of Moslem immigrants live on American taxpayer welfare.  Common sense should tell us this cannot be in our financial interest with fact that we stand eyeball deep in $20 trillion in debt.  Our votes sent men and women to Congress to focus on care of veterans, active military and our senior citizens.

She reported the value system to be the exact opposite of Western countries.  You steal everything you can to give to your own relatives.  Today, in America, the poor and immigrants, both legal and illegal, shoplift $125,000,000.00 (million) daily, to the tune of $50 billion annually.

In Senegal, corruption ruled, from top to bottom.  Go to the post office, and the clerk would name an outrageous price for a stamp.  After paying the bribe, you still didn't know it if it would be mailed or thrown out.  The same occurs in South America as I traveled there on my bicycle for a year.

If you look at what happened to Detroit, Michigan, corruption from the top down destroyed the fabric of that once thriving city. Within 20 years,  1.2 million residents fled Detroit. Today, it resembles a bombed-out war zone.  I worked in Detroit from 1977 to 1991 to witness it firsthand.

McQuillan thought the Protestant work ethic to be universal.  It's not.  Her town filled with young men immune to work.  The more she worked there, visiting government officials did nothing.  A job provides the place where you steal everything to give back to your family.

She couldn't wait to return home.  She asked, "Why would I want to bring Africa here?  Non-Westerners do not magically become Americans by arriving on our shores with a visa."

"I love and treasure America more than ever," she said of the greatest lessons of her Peace Corps experience.  "I take seriously my responsibility to defend our culture and our country, and pass on the American heritage to the next generation."

McQuillan said, "Democrats lecture us that we must import third-world immigration by the millions with chain migration.  They tell us we must end America as a white, Western, Judeo-Christian, capitalist nation – to prove we are not racist.  Leftists want open borders because they resent whites, resent Western achievements, and hate America."

As President Trump asked, "Why would we do that?"

"We have the right to choose what kind of country to live in," said McQuillan.  "I was happy to donate two years of my life as a young woman to help the poor Senegalese.  I am not willing to donate my country."

To help you understand that immigration destroys every Western country eventually, this Swedish woman spoke as to what her country faces:

In a five minute, astoundingly simple yet brilliant video, "Immigration, Poverty, and Gum Balls", Roy Beck, director of www.numbersusa.ORG, graphically illustrates the impact of overpopulation.  Take five minutes to see for yourself:

"Immigration by the numbers—off the chart" by Roy Beck

This 10-minute demonstration shows Americans the results of unending mass immigration on the quality of life and sustainability for future generations: in a few words, "Mind boggling!"  www.NumbersUSA.org

Take action by joining for free:

figures do not lie, but liars figure. For the most part, to get here from almost anywhere requires you to go into the unknown and take risks. In general, that implies that you are smarter. This is supported by the following. If you look at those who are incarcerated in this country, about 3.3 percent of the native born are in some form of jail, while only 1.6 percent of foreign born are in prison. For the undocumented, it is a whopping 1.7%. A paper published by the National Bureau of Economic Research in 2007 http://www.nber.org/papers/w13229 found that immigrants had incarceration rates about one-fifth that of native-born Americans, and that the difference actually increased between 1980 and 2000. So, you can show us all the scary figures you want, and do name calling and cite specific horror stories. But the numbers give the lie to your story.

A Lifetime of Lies, Corruption and Malfeasance: Joe Biden

The Harshest Realities of America's Present and Future

Postscript to the Series: Will America Survive Another 100 Million Immigrants?