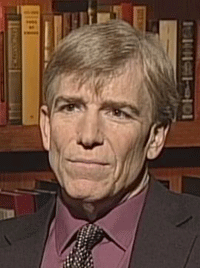 President Trump's recent rant to the United Nations was a rehash of George W. Bush's post 9/11 "Axis of Evil" fantasy in the 2002 State of the Union, which ultimately took the United States down the road to disaster with the ill-fated invasion and occupation of Iraq.

Terrorists and extremists have gathered strength and spread to every region of the planet. Rogue regimes represented in this body not only support terrorists but threaten other nations and their own people with the most destructive weapons known to humanity.

States like these, and their terrorist allies, constitute an axis of evil, arming to threaten the peace of the world. By seeking weapons of mass destruction, these regimes pose a grave and growing danger.

Although he left out the much-mocked phrase "axis of evil," Trump showed that malevolence still comes in threes. Like Bush, Trump also singled out three nations for in-depth condemnation: North Korea, Iran, and substituting Venezuela for Iraq.

In his speech, throwing a bone to his nationalist political base at home, Trump repeatedly touted the sovereignty of the United States and that of other nations. The dictionary defines sovereignty as "the authority of a state to govern itself." Yet in his dressing down of the aforementioned nations, he seemed to be demanding changes in their internal governance (as well their foreign policy), thus violating the principle that he was championing.

No one has shown more contempt for other nations and for the wellbeing of their own people than the depraved regime in North Korea. It is responsible for the starvation deaths of millions of North Koreans, and for the imprisonment, torture, killing, and oppression of countless more…If this is not twisted enough, now North Korea's reckless pursuit of nuclear weapons and ballistic missiles threatens the entire world with unthinkable loss of human life…It is time for North Korea to realize that the denuclearization is its only acceptable future.

Although North Korea's drive for nuclear weapons and long-range missiles cannot be explained entirely by fears for its own security in a region of potential enemies after losing its superpower patron, the Soviet Union, Trump took no responsibility for the actions of the United States and other great powers that might have made North Korea uneasy. Smaller non-nuclear nations have not faired well in maintaining their sovereignty against the United States and other great powers—for example, Noriega's Panama, Milosevic's Serbia, Saddam's Iraq, and Gaddafi's Libya (after voluntarily giving up its weapons of mass destruction programs) vis-à-vis the United States and Afghanistan and Ukraine at the hands of Russia. Furthermore, the United States reneged on promises of economic sanctions removal and provision of light water reactors and oil shipments in the 1994 nuclear agreement with North Korea, which caused North Korea to cheat on the pact.

As for Iran, Trump berated its regime:

The Iranian government masks a corrupt dictatorship behind the false guise of a democracy. It has turned a wealthy country with a rich history and culture into an economically depleted rogue state whose chief exports are violence, bloodshed, and chaos. The longest-suffering victims of Iran's leaders are, in fact, its own people…We cannot let a murderous regime continue these destabilizing activities while building dangerous missiles, and we cannot abide by an agreement if it provides cover for the eventual construction of a nuclear program.

If Trump is so concerned about national sovereignty, he seemingly should go lighter on the criticism of Iran's internal regime. As for Iran's compliance with the nuclear agreement, experts widely agree it is complying. Iran eventually having nuclear weapons, certainly not a foregone conclusion if it can be reintegrated at least somewhat into the community of nations, is better than the country having them soon—especially when most military people would recommend avoiding a simultaneous two-front confrontation with Iran and North Korea over their nuclear programs.

Trump then turned to the last evildoer, Venezuela:

We have also imposed tough, calibrated sanctions on the socialist Maduro regime in Venezuela, which has brought a once thriving nation to the brink of total collapse…The United States has taken important steps to hold the regime accountable. We are prepared to take further action if the government of Venezuela persists on its path to impose authoritarian rule on the Venezuelan people…Our respect for sovereignty is also a call for action. All people deserve a government that cares for their safety, their interests, and their wellbeing, including their prosperity.

Although all three countries Trump harshly criticized have severe human rights problems, a president practicing realism based on national sovereignty, as Trump purports to do, should have respect for other nations' sovereignty—if he wants other countries to reciprocate. Yet respecting other nations' sovereignty has been difficult to do for a post-World War II interventionist superpower, and Trump's U.N. speech indicates that this reality is not likely to change anytime soon.