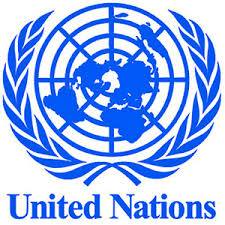 He'll call for strict "adherence to the principle of supremacy of international law and the UN Charter, as well as the Charter prerogatives of the UN Security Council, which bears primary responsibility for international peace and security," she stressed.

He'll oppose deplorable historical revisionism, a US specialty. He'll submit a draft resolution to the GA, titled "Combatting the glorification of Nazism, neo-Nazism and other practices that fuel contemporary forms of racism, racial discrimination, xenophobia and related intolerance."

Washington, Canada and Ukraine opposed an earlier GA resolution condemning the glorification of Nazism - overwhelmingly passed by the world body.

Moscow supports UN reform, adapting the world body to current realities - "while preserving (its) intergovernmental character and strictly observing the Charter's principle of division of responsibilities among the major UN bodies. This applies to the maintenance of peace and security, pursuing development goals and organization of management," said Zakharova.

"Russian priorities include preventing the deployment of weapons in near-Earth space," she explained.

"That is the goal pursued by the Russian-Chinese draft treaty on preventing the placement of weapons in outer space and the threat or use of force against outer space objects, as well as globalizing Russia's initiative to secure political commitments by states not to be the first to place weapons in outer space as an interim measure to strengthen security and confidence."

Moscow is ready to work cooperatively with other nations, advancing world peace, stability and security - anathema notions in Washington.

Addressing crisis on the Korean peninsula, Zakharova stressed the only solution "lies in political and diplomatic settlement and the launch of the negotiating process on the basis of the Russian-Chinese roadmap. Settling the Korean Peninsula problem exclusively by peaceful means is in the interests of the entire world community."