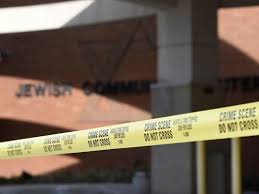 In what appeared to be an orchestrated deception, a coordinated false flag, phony threats were reported at 16 Jewish centers in Delaware, Florida, Georgia, Maryland, New Jersey, North Carolina, Pennsylvania, South Carolina and Tennessee.

Police found no evidence of bombs in any of the centers. What happened occurred in the aftermath of America abstaining on Security Council Resolution 2334, affirming the illegality of Israeli settlements.

Were multiple incidents coordinated and staged to enlist support for Israel, portrayed as a safe haven for Jews, facing phony threats like the Monday phony ones in America - except by the regimes in both countries threatening world peace, stability and their own people.

Sixteen reported threats in nine states on the same day automatically triggered red flag suspicions - in this case, an intention to scare, not commit harm.

Aside from pockets of extremism, domestically like most everywhere else, nothing suggests Jews in the country or in Europe face systematic threats.

Another possible motive behind what happened Monday could be another effort to denigrate Trump, accused of being racist and associated with the alt-right, falsely called anti-Semitic - even though one of his daughters and son-in-law are Jewish.

Bomb threats in America most often lack credibility. They're used as scare tactics to disrupt and intimidate - at times like Monday's coordinated threats perhaps for political purposes alone.

Were the CIA and/or Mossad behind what happened?

America Is Now In the Transition Phase Between Tyranny and the Enactment...