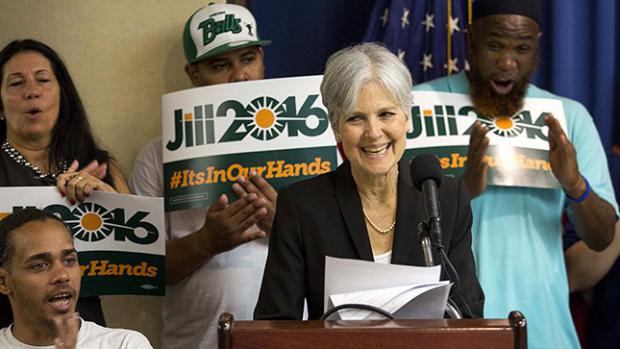 9/11 Truth supporters urge "exposing the official lies and cover-up (so everyone) understand(s) the truth" about what happened on that fateful day.

They support "scholarly research and public education" on what's been "suppressed (and) its (horrendous) aftermath."

They "seek justice and redress for those wronged" by state-sponsored criminality. They oppose everything bipartisan rogue actors in Washington support.

They "solicit collaboration with others who are committed to achieving these goals by way of peaceful transformation."

They promote truth-telling and full disclosure about the major event of our time - exposing continued proliferation of misinformation and Big Lies.

Green Party presidential candidate Jill Stein is a 9/11 Truth supporter - a statement on her web site saying the following:

"On the 15th Anniversary, We Need to Learn the Full Story of 9/11 and to End the Catastrophic Wars on Terror That Followed

Fifteen years ago the world reacted in horror as more than 3,000 individuals were murdered. We honor those victims, and the heroic first responders of that day.

The same day the Green Party issued a statement calling for this act of terrorism to be treated as a crime against humanity and for the culprits to be criminally prosecuted. We pleaded, 'Do not turn our cries of grief into a cry for war.'

Our national leaders and the corporate media ignored us.

The Stein/Baraka campaign stands for truth and transparency in politics. Since September 11 of 2001, secrecy and lies, endless war, torture, and a frightening 'surveillance state' have become the new normal.

On the 15th anniversary of 9/11, it is past time for sober reflection and public discourse about this tragedy.

We now know with absolute certainty that fraudulent claims of 'weapons of mass destruction' and of links between Saddam Hussein and al-Qaeda were used as pretexts to invade Iraq.

That illegal and immoral war cost the lives of over 4,000 US soldiers and maimed and wounded (many) more. In Iraq, (millions) were killed (dating from the 1991 Gulf War).

Fifteen years (post-9/11), American troops are still in Iraq and Afghanistan. The pretext of 'humanitarian relief' was used to invade and devastate Libya. And the escalating violence has intensified (Syria) into a disaster of the highest order.

The Obama administration has expanded a drone war into Pakistan, Yemen and other countries. Hundreds of thousands of people - many of them children - have died as a result of the invasions. Millions more have become refugees.

The September 11 attacks were used (as a pretext) to launch (phony) war against terrorism, yet (it) soared worldwide. (It's) used as an excuse to squash civil liberties and to scapegoat Muslims and other immigrants.

This year the Islamic celebration of Eid al-Adha coincides with the anniversary of the tragic events of September 11. We join with people of all faiths and beliefs in standing with our Muslim friends and neighbors and demand an end to Islamaphobia in public discourse.

It is time to end these failed wars and to heed the Green Party's initial call to build a new world based on peace and justice.

The families and friends of those who were murdered on 9/11 deserve justice. They also deserve to know the truth.

Led by the families of those who died on 9/11, the American people wanted - and deserved - a comprehensive and independent inquiry into the attacks. The Bush administration initially said an inquiry was unnecessary, claiming that the perpetrators had been identified and their methods and motives were clear.

It is well known that the 9/11 Commission produced a report containing so many omissions and distortions that Harper's Magazine described it as 'whitewash as public service' - a document that 'defrauds the nation.'

The Stein/Baraka campaign believes a new inquiry is necessary.

Under our administration a new inquiry would have access to the considerable body of responsible independent research that has emerged over the last 15 years. We would create an independent 9/11 Commission, not one dominated by members with an interest in protecting the reputation and careers of foreign affairs and intelligence communities.

The US government has finally released the long-classified 28 pages from the 2002 Congressional Report, which have raised many questions about Saudi intelligence as well as other intelligence agencies and their relationship to 9/11.

It's time for a full accounting of what happened, and an end to the misguided post-9/11 wars that are actually making us less safe, not more safe.

9/11 was Anglo-Zionist state-sponsored criminality against humanity, the undeclared start of WW III, wanting all sovereign independent nations replaced by subservient US vassal states - naked aggression America's strategy of choice to achieve its objective.

We have a choice. We can combat its scourge threatening humanity and survive, or perish by dismissively doing nothing and letting it flourish until it consumes us all.

Cardiologist Richard M. Fleming and Others on the Mother of All Public Health Scams

Permanent US Occupation of Afghanistan Planned