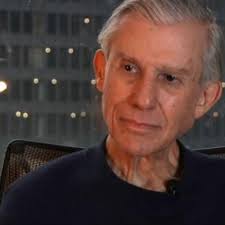 Put nothing past fascists running Turkey, led by Recep Tayyip Erdogan, a megalomaniacal international outlaw, a lunatic capable of anything to further his Ottoman empire delusions.

False flags are perhaps the oldest dirty trick in the book, a longtime US tradition, dating from at least the mid-19th century, 9/11 the mother of them all.

They're used because they consistently work - able to incite fear and enlist public support for planned aggression and crackdowns on civil liberties, the public manipulated to believe state policies harming their well-being make them safer. They're easy marks to be fooled every time.

Turkish officials said the attack targeted a bus convoy carrying military personnel. It occurred near parliament and other regime buildings. They weren't affected. Two buses were destroyed, passengers in them killed or injured.

No one claimed responsibility so far. The regime-controlled Yeni Safak broadsheet said Syrian refugee Salih Necar, supposedly ID'd by his fingerprints (a likely farfetched allegation), carried out the attack.

The publication provided no credible evidence or its source. An unnamed senior regime security official blamed Kurdish militants for the attack.

Hours after the attack, he went on the offensive, bellowing "(t)hose who think they can steer our country and our people away from our goals by using terrorist organizations will see that they have failed."

He vowed to strike Turkey's enemies in Syria or elsewhere - claiming the "right of self-defense at any time, any place or any occasion," the ravings of a madman.

He imposed a media gag order, giving regime authorities control of the message and images reported.

It remains to be seen what Erdogan intends next. Escalating cross-border shelling into Syria, initiating reported plans to annex a 10km "secure strip" inside its territory, along with perhaps launching a ground operation would up the stakes hugely - risking possible war with Russia.

America calls the shots in Syria and regionally. Erdogan does nothing belligerent without US permission or complicity.